Uptick in anti-lockdown rallies across Canada 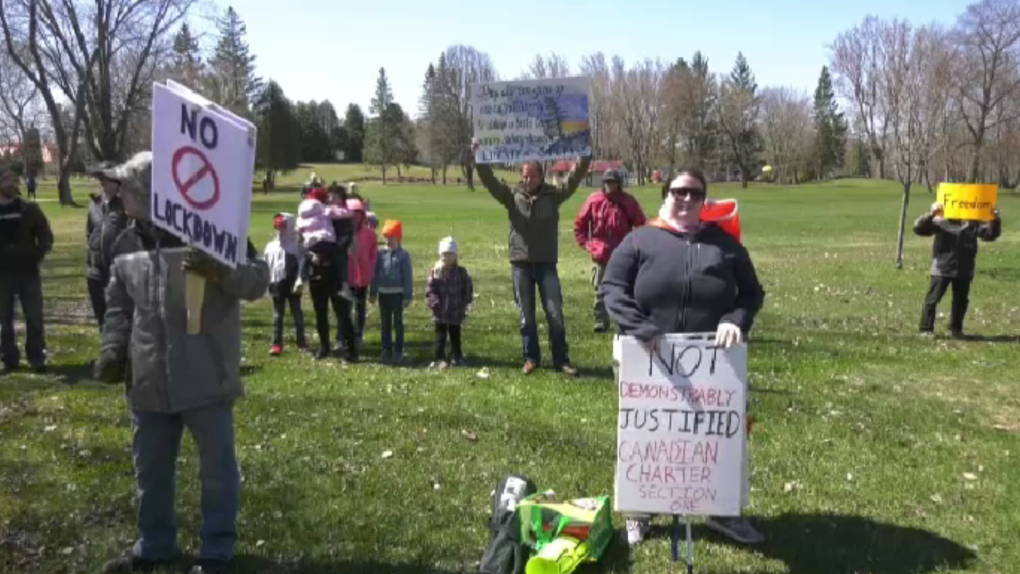 WINNIPEG -- Anti-lockdown protests continue to pop up throughout the province, with large groups of people gathering to oppose public health orders.

On Saturday Winkler had a rally protesting the health regulations, and Rick Wall was one of the people in attendance.

He said he’s not anti-mask or anti-vaccine, he’s for individual freedoms.

“We basically want our choice to not wear the mask and not take the vaccine to be respected as well as those who choose to do that,” said Wall.

Winkler wasn’t the only city in Manitoba to hold a rally protesting public health orders over the weekend.

CN Field at the Forks was host to a freedom rally earlier that same day, and another one is being planned for Monday.

Leigh Grenier was also in attendance at the Winkler rally. He owns a business in Morden, and said he’s frustrated with the regulations.

Rallies aren’t just popping up in Manitoba. Earlier this week in Sault St. Marie Ontario, more than 100 people attended a “Stand for Freedom” rally, and Saturday in Bowden, Alberta, thousands attended a “No More Lockdown” rodeo that took place along Highway 2A.

Clinical Psychologist and President of the Manitoba Psychological Society, Dr. Jo Ann Unger said there isn’t an immediate, tangible reward for following public health orders, and for some people that makes following them feel unnecessary.

“So if we are not on the front lines, if we’re not working in health care, if we’re not seeing the effects in our day-to-day life, sometimes it doesn’t feel helpful to do these things,” said Unger.

“Even though when you listen to the people who are on the front lines, when we listen to the research that’s coming out it clearly is beneficial.”

Unger said when large groups of people with similar ideas get together for a rally, it can reinforce their beliefs and make them stronger.

“Doing a rally is one way people feel like they have some control over their life, but there’s other ways too.  So what are some ways that we can give back to our community that are safe and within regulations?”

At the rally in Winkler, Grenier said he’s already made his decision.

“We were complying as much as we could, but we’re done with that now so our doors are open, we’re not going to police people if they don’t wear masks in our store.”