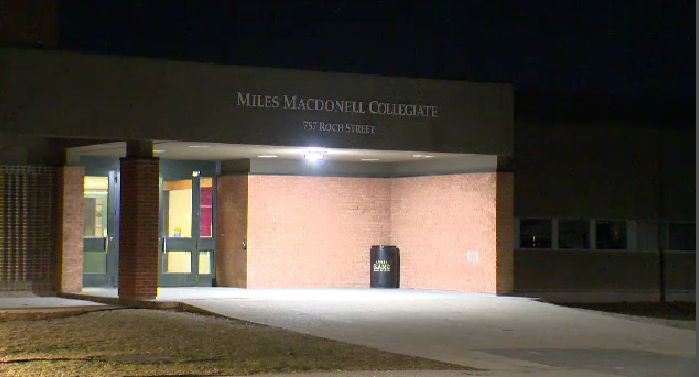 WINNIPEG -- Three cases of variants of concern have been linked to Collège Miles Macdonell Collegiate, according to Manitoba public health officials.

A provincial spokesperson tells CTV News public health investigations have confirmed that the infections were not acquired at the school and that there has been no evidence of in-school transmission.

The province said the school will continue to follow established COVID-19 health protocols.

A letter was sent to out on Saturday to parents and guardians of students attending the school, warning them that at least one individual with a variant of concern was at the school while they may have been infectious.

The letter, from Manitoba Health and Seniors Care, said this was a previously reported case that has now been identified as a variant of concern. The letter did not identify which variant the individual tested positive for.

The letter states that all students identified as being exposed have been notified by the school or by public health officials. If no notification has been given, the student is not deemed to have been exposed.

A previous letter from the school, dated April 7, advised parents of three positive COVID-19 cases of students within the same class. All students and staff connected to that class were asked to stay home until the school received further instructions from public health officials.

All parents are advised to monitor their children for COVID-19 symptoms and it is recommended they get tested if any appear, even if they are mild, and to isolate right away.

The province did say if any risk to the public is identified more information will be shared.

The province has previously said it wasn't planning on sending allstudents back to a remote learning model.