WINNIPEG -- People in Grandview, Man. held a demonstration Thursday morning to protest the temporary but sudden closure of the community’s hospital.

On Wednesday, Prairie Mountain Health announced staff at the hospital were being redeployed to help fight an outbreak at Grandview Personal Care Home, where there have been 11 confirmed cases of COVID-19 among residents one staff member infected.

While understanding the need to support the personal care home, the move came as a shock and prompted immediate concern from community members who organized a rally after learning about the closure.

One of the organizers, Sue Stirling, worries about the suspension of emergency and acute care services.

“It was absolute shock,” said Stirling. “We’re now in a position where we would have to travel to Dauphin for emergency services, or Russell.

“We really understand the personal care homes are in a desperate situation but closing an emergency room that deals with situations that are completely different than what is being dealt with in a care home is not the answer.”

Dauphin is located 50 kilometres east of Grandview, while Russell is 100 kilometres southwest of the community. 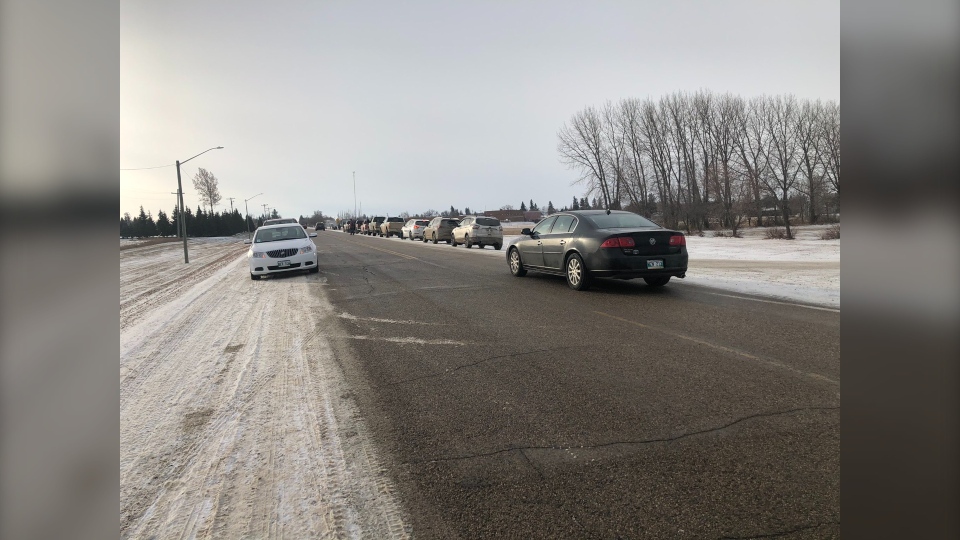 Shortly before 8 a.m., the time the hospital was set to close, community members in vehicles parked outside the facility. They were there to protest the closure and show support for doctors, nurses, and also the patients who were transferred out of the facility by ambulance to nearby hospitals.

“That is a reflection of what Grandview is all about,” said Stirling. “It’s about doing things you know are going to service the whole community, not just you.”

Stirling said as many as 60 vehicles lined a road outside the hospital, while up to 30 school staff and students joined the rally by standing physically distanced on the school grounds. Some people in their vehicles even escorted ambulances carrying patients as they were transferred to other hospitals, Stirling said. 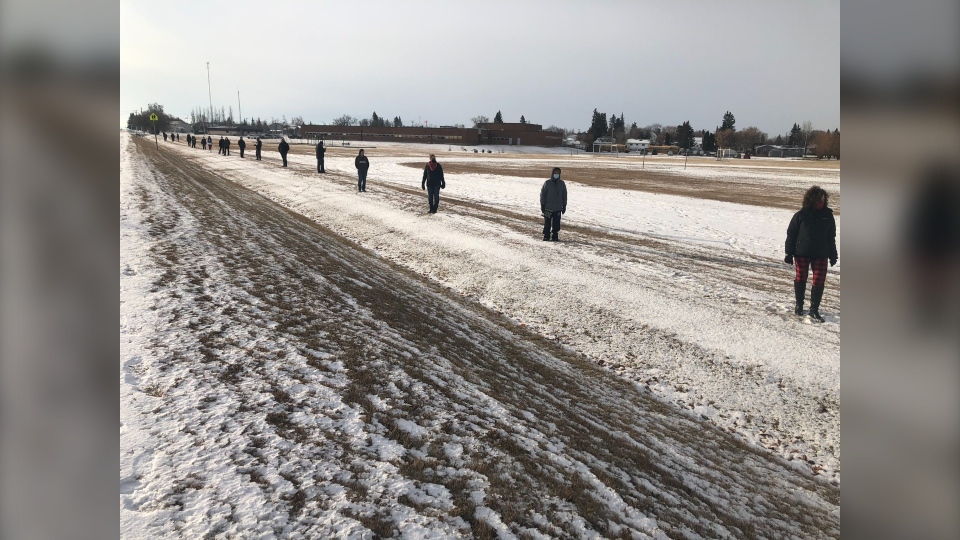 Dr. Jacobi Elliott is a primary care and emergency physician who started working in Grandview exactly 23 years ago.

Elliott was gutted by the decision.

“It was very emotional,” she said. “It’s been an emotional 24 hours or less. To see the community support, to see all the vehicles lined up early in the morning – very touching, and a reminder of what this community’s all about.”

Elliott feels caught off guard and doesn’t support the move.

“Completely shocked. Just the day before at the regional information meetings, they talked to us about how COVID patients might now have to come to small sites, that it’s not going to be all going to Brandon anymore,” said Elliott. “We’re sort of thinking how our small sites are going to accommodate COVID patients and the next minute they go, ‘you don’t have a site anymore.’”

Elliott wishes other measures, such as bringing in the Canadian Red Cross or the military, would’ve been taken.

“There’s just lots of other things I think could’ve been done rather than such a drastic thing,” Elliott said.

In an emailed statement, Prairie Mountain Health CEO Penny Gilson said staff had to be reassigned to address “an emerging critical need.”

Gilson said the decision was not made lightly and was deemed necessary to help fight the outbreak at the personal care home.

“Our goal with these measures is to ensure supports are available to residents without the need for transport to hospital wherever possible,” said Gilson. “By transitioning staff to the PCH, we are able to support additional monitoring, intravenous fluids, intravenous medications, and other treatments that require additional nursing and health care aide assistance.”

She added meetings were held with both hospital and care home staff and the Mayor of Grandview on Wednesday.

Gilson said patients at Grandview Hospital were transferred to nearby facilities, including Dauphin Regional Health Centre and Roblin Health Centre.

“This suspension of services at the Grandview Health Centre is a temporary measure while we support the Grandview PCH during this outbreak,” Gilson said.

Stirling said the community’s concerns go beyond the temporary closure. They’re worried the hospital will be shut down permanently.

Those concerns were raised by the Leader of the Official Opposition Thursday afternoon at the Manitoba Legislature.

“Will the premier commit today that he will one day reopen the Grandview emergency room?” NDP leader Wab Kinew asked during Question Period.

Premier Brian Pallister said the demand is high in personal care homes and right now, that’s where frontline providers in the community are needed most.

“This is a temporary situation and it’s necessary because of COVID,” Pallister stated. “The reality is that the personal care home in Grandview is besieged with cases and needs the staff and the help of doctors and nurses there.

“We’ll get back to reopening Grandview after the need for COVID goes away in that area and the people at the personal care home don’t need those same services the way they do now.”

Stirling said the community will be holding the government to it.

“It’s absolutely about telling the government, we understand what you’re doing,” said Sterling. “We’re just not going to let you get away with it without a fight.”