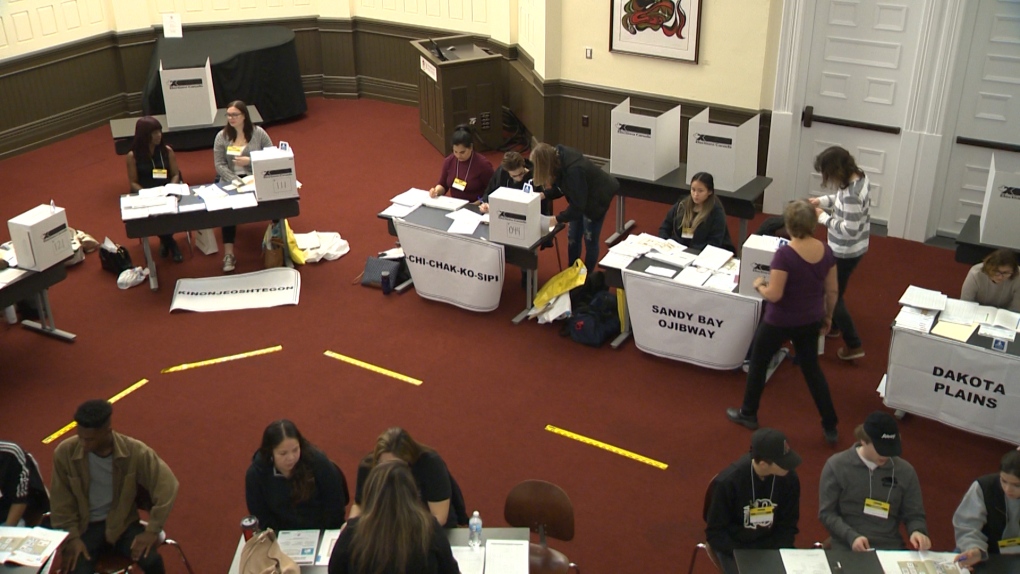 Staff setting up the super polling station at the University of Winnipeg, prior to the opening of polls at 8:30 a.m.

WINNIPEG -- Voters from across Canada are casting ballots in the federal election Monday, including some who are doing so hours from their homes.

An early winter storm that began Oct. 10, lasted for days and knocked out power to more than 50,000 Manitoba Hydro customers, prompted evacuations in a number of Manitoba First Nations.

The storm struck during the province’s advance polling period, meaning many of the advance polling stations were forced to close and evacuees didn’t get the opportunity to vote prior to leaving.

That’s why a super polling station was quickly organized. It’s open from 8:30 a.m. to 8:30 p.m. Monday at the University of Winnipeg’s Convocation Hall, located in the castle-like building on Portage Avenue.

An Elections Canada spokesperson said it was important to make sure those voters had the opportunity to make their voices heard.

“We have four ridings, 13 polls, for those four ridings, and this is strictly for evacuees,” said Marie-France Kenny, with Elections Canada, Monday morning.

Voters CTV News spoke with outside the polling station said if the super poll hadn’t been set up, they may not have had the chance to cast a vote.

Kierra Spence, who stays in Winnipeg during the week to go to school, told CTV News she was planning to return to her home community to vote, but the storm changed her plans.

Spence, who was voting for the first time, said the process was easy, and she came prepared.

“I knew exactly who I was voting for, I followed the election all the way through and knew how to vote.”

Verna Woodhouse, from Pinaymootang First Nation, said while some members have returned home, many are still in Winnipeg and need to vote.

“There’s lots of us around,” she said, explaining that she posted information about the super poll to Facebook so others knew about it.

She came to vote with a friend from Peguis First Nation, Martha Cameron, who spoke about the situation the storm left her community in.

“Lots of snow. Our basements are flooded, our food is spoiled, everything,” she said. 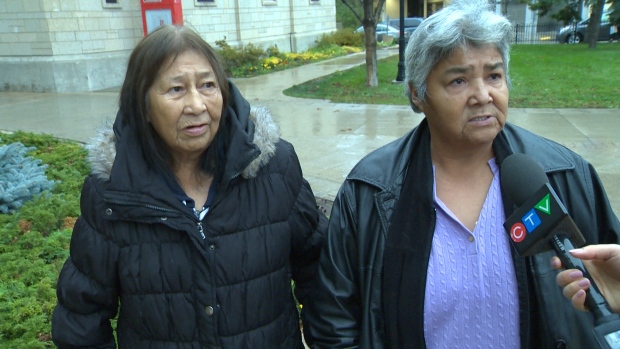 Woodhouse said she was glad she was able to vote in Winnipeg. She had only one complaint about the super poll.

“The parking is lousy,” she said.

Elections Canada said while evacuees can vote in Winnipeg, there are still opportunities to vote in areas affected by the storm.

“We know some people didn’t evacuate, whether they had a generator, or some other option, so we want to give them, as well, the option to vote,” Kenny said.

“We ask them to check on Elections.ca or call 1-800-463-6868 to find out where they’re voting, because that may have changed because of the power outages.”

Kenny stressed people voting in outage areas should also check what times polls will be open, as they may be operating with reduced hours, only when there is daylight available.

-With files from CTV's Rachel Lagace