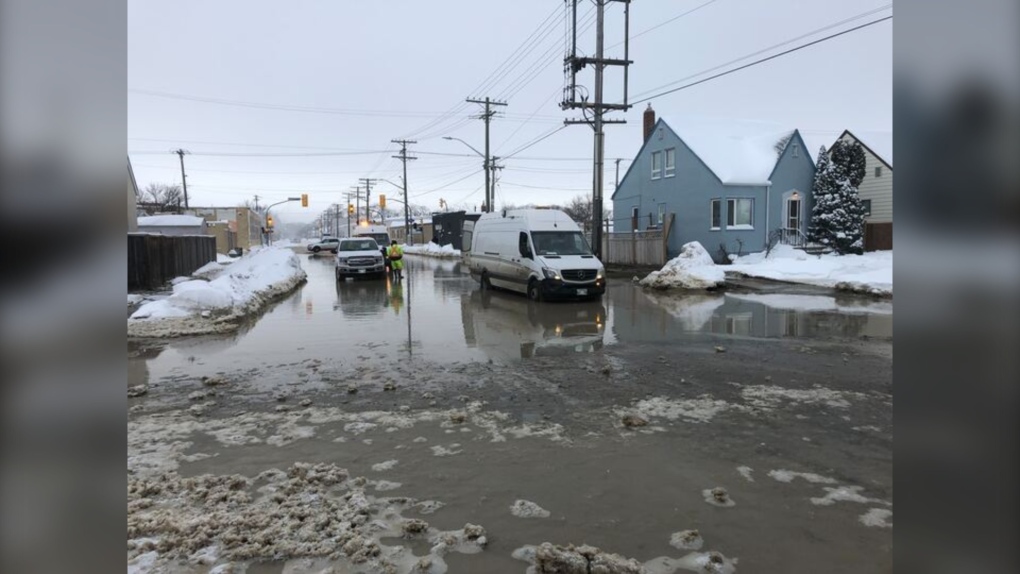 A water main break has caused road closures on Tuesday morning in Winnipeg.

Drivers are asked to avoid the area.

The City of Winnipeg said that crews remain on scene on Tuesday afternoon as they work to repair the water main break.

The city noted it doesn’t anticipate the repairs will be finished Tuesday, adding that the roads will remain closed until the streets can be cleaned.

Nick Qian, a homeowner next to the water main break, said he found water leaking into his basement on Tuesday morning.

“I realized that we have a problem,” he said,

Qian noted he then came outside and saw there was flooding on the street, demonstrating that the water came partway up the side of his house and into his basement.

He noted even the city workers were shocked by how high the water was.

With Quebec confirming an additional 10 cases of monkeypox identified in the province, the Public Health Agency of Canada says they are monitoring a total of 15 cases across the country.

Johnny Depp called his ex-wife's accusations of sexual and physical abuse 'insane' Wednesday as he returned to the witness stand in his libel suit against Amber Heard.

Prime Minister Justin Trudeau says his 'heart breaks' for those impacted by the 'horrific' shooting at an elementary school in Texas that killed 21 people on Tuesday.

Crews are working to restore power to more than 150,000 Ontario customers who are still without hydro after a deadly storm swept through the province on Saturday.

British Prime Minister Boris Johnson and other senior officials bear responsibility for a culture of rule-breaking that resulted in several parties that breached the U.K.'s COVID-19 lockdown rules, a report into the events said Wednesday.

Golden State Warriors coach Steve Kerr refused to talk about basketball at a pre-game news conference on Tuesday and instead called for stricter gun control after the killing of at least 18 children and an adult in a Texas school shooting.