WINNIPEG -- A mansion more than 100-years-old in Winnipeg has been torn down.

The home built at 514 Wellington Crescent was demolished Wednesday morning.

Crews told CTV News Winnipeg they began work at 7 a.m. Heavy machinery is visible at the site of the former home.

The mansion was built 111-years-ago. In 2019, a permit was granted to the new owner to demolish the structure. Demolition was originally scheduled for June 7, 2019, but a stop-work order was issued June 6 to halt the demolition of the building, after the city attempted to have the neighbourhood declared a heritage conservation district. 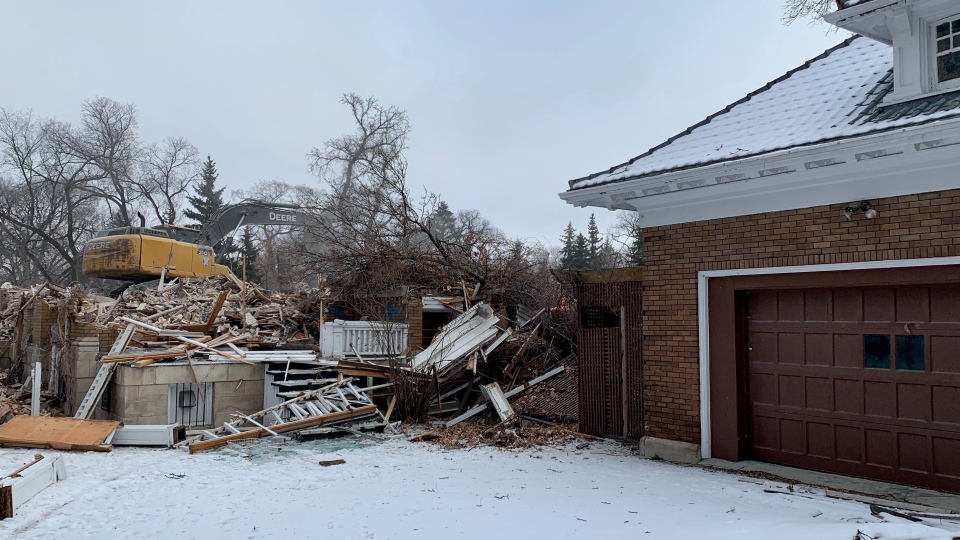 On Wednesday, the city said it lifted the stop-work order on Tuesday, saying the structure met two conditions that allow for demolition.

The spokesperson added the city regrets the loss of the community landmark, and is working with the owner to determine if “key elements and materials” can be salvaged.

“Basically you’re looking at, through the history of the home, very elite people (who lived there),” she said, noting Senator Doug Everett was the last owner of the home. 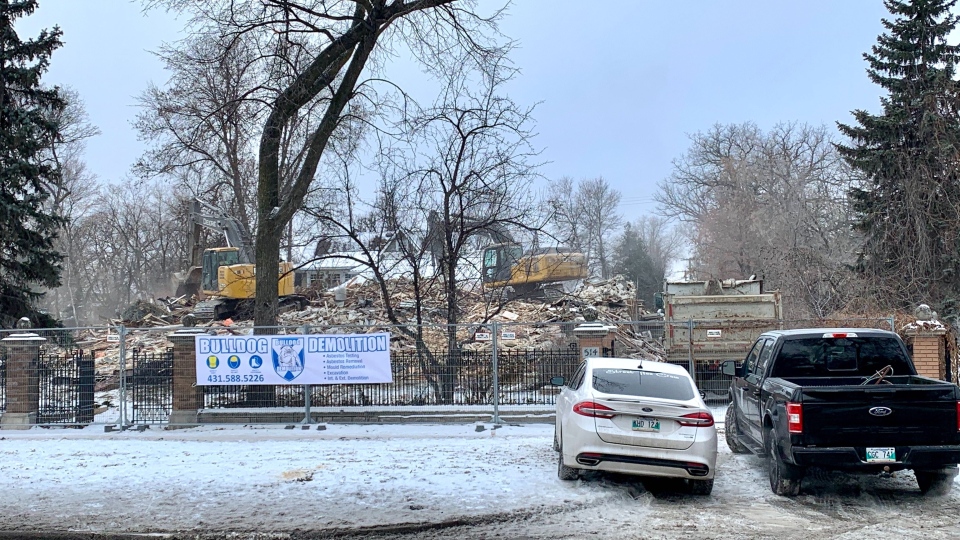 Tugwell was disappointed to see the demolition of the building, saying it’s a blow to the city’s heritage.

“We’re homogenizing our city, is what we’re doing,” she said. “Whether it’s a heritage commercial building, or it’s a heritage home, people have to understand heritage doesn’t just mean old, it means the beautiful type of architecture, the way it was built. Most properties for about 20 years at the turn of the century will never be built like that again. We’ll never see these homes again.”

She added in the past five years, the city is at an unprecedented rate of having these homes vacated and purchased unprotected by developers.

“We have to demand more from our city council and our mayor to be able to protect these beautiful heritage properties for future generations,” Tugwell said.

In an email to CTV News Winnipeg, property owner Jeff Thompson said he is committed to maintaining the original concept of an elegant signature building.

“Before we do anything on the site now, we feel it is important to reengage with the city planners and work together to agree on the best long-term building option for the site,” he said.

-With files from CTV Winnipeg’s Jon Hendricks and Kayla Rosen.