'We need to step it up': Pallister beefs up targeted enforcement amid concerns of people flouting health orders 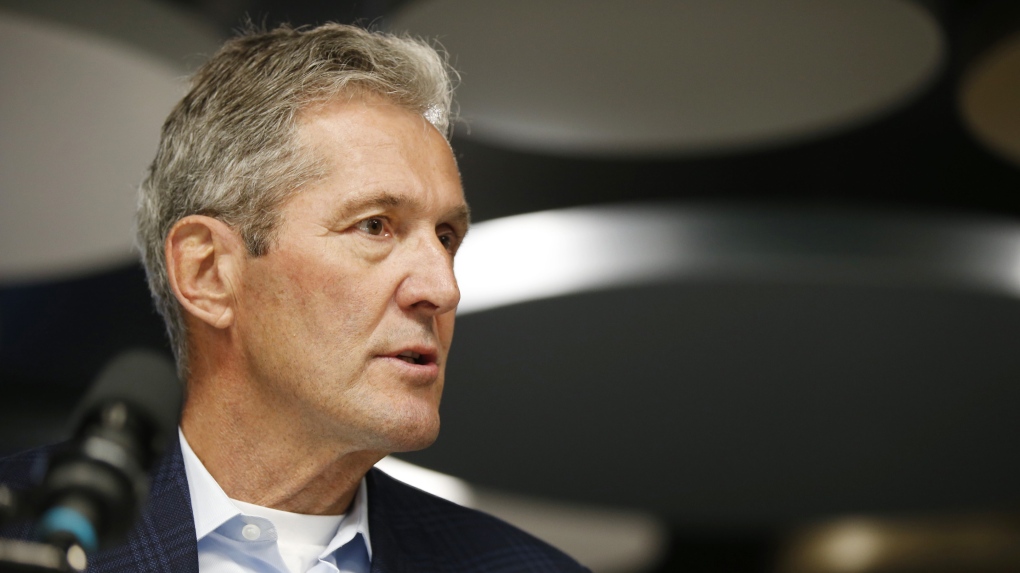 WINNIPEG -- Manitoba's premier said the province is beefing up targeted enforcement to ensure Manitobans are following a new round of health orders amid concerns some are flouting the rules.

On Sunday, an anti-mask rally prompted The Forks to close as a large crowd of people gathered to protest public health orders.

Clare MacKay, executive director of the Forks Foundation, said the decision to close was made after some people at the rally planned to go into the Forks market and protest mask use.

MacKay said The Forks closed the market in response, as they did not want to put their staff, tenants and guests in a position of having to enforce public health orders or be at risk of COVID-19.

She said the protestors did not ask for permission to hold the rally at The Forks, and said the closure did have an impact on a number of local businesses in the market.

"Even closing for simply a couple (of) hours yesterday afternoon had an impact on our tenants when they are all struggling to survive," MacKay said.

"What we have offered, and what we want to continue to offer, is a safe space for everybody – we want to be able to be seen as the place where you know that we are following all the guidelines and that you can feel comfortable and confident coming to us."

On Monday, Premier Brian Pallister said tickets were issued to people but did not have any more information about it.

"I am very concerned that we have a minority flouting public health orders again, and that has happened at various points throughout this pandemic," Pallister said.

"We've endeavoured to beef up enforcement on several occasions – now we need to target it to those areas where we know there are higher incidences of COVID outbreaks."

With new health orders being imposed across the province, Pallister said enforcement will also be enhanced in retail big box stores, patios, restaurants, and at recreation events. He said there will be more surveillance on self-isolation requirements as well to make sure people are following the rules.

"I agree that enforcement is a concern, and I agree very much that we need to step it up," Pallister said.

"We've seen violations of public health orders too many times and there needs to be consequences there."