'We need to stop this': WPS, RCMP stepping up enforcement to target impaired drivers

'We need to stop this': WPS, RCMP stepping up enforcement to target impaired drivers 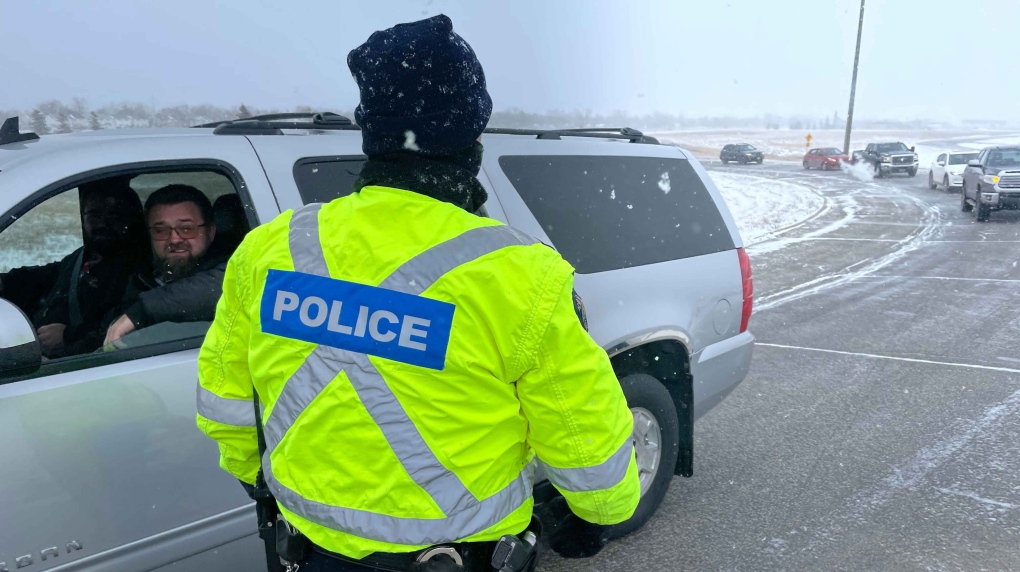 Manitoba RCMP and Winnipeg Police Service are teaming up to step up enforcement to catch impaired drivers on roadways.

Officers with both the RCMP and the WPS will be targeting impaired drivers at different locations in and around Winnipeg, while Mounties will be doing further enforcement in rural Manitoba.

RCMP Inspector Joe Telus says in RCMP jurisdictions, 1,396 impaired drivers have been taken off the road so far this year.

“It's time to realize this is not about people being uneducated as to the risk. It is about people making choices, and some people are still making poor, poor ones,” he said.

The Winnipeg Police Service said it is also launching and operating its annual check stop program during December.

The average age of impaired drivers caught by WPS last year was 40. The youngest was 18, and the oldest was 66.

Roxburgh said 86 per cent of impaired drivers were male.

His division has seen some concerning numbers in 2022, as well, with an increase in serious or fatal collisions. The inspector noted they are investigating up to 40 collisions currently, resulting in 24 deaths.

“We need to stop this. We want everyone to have a safe holiday season,” he said.

Tom Brady retires, insisting this time it's for good

Tom Brady, who won a record seven Super Bowls for New England and Tampa, has announced his retirement.

A suspect in a violent kidnapping in Oregon died of a self-inflicted gunshot wound Tuesday night after being taken into custody following a standoff with law enforcement, a police spokesman said.

A new report from the Heart and Stroke Foundation of Canada is highlighting 'significant inequities' in women's health care that is disproportionately affecting racialized and Indigenous women, members of the LGBTQ2S+ community and those living with low socioeconomic status.