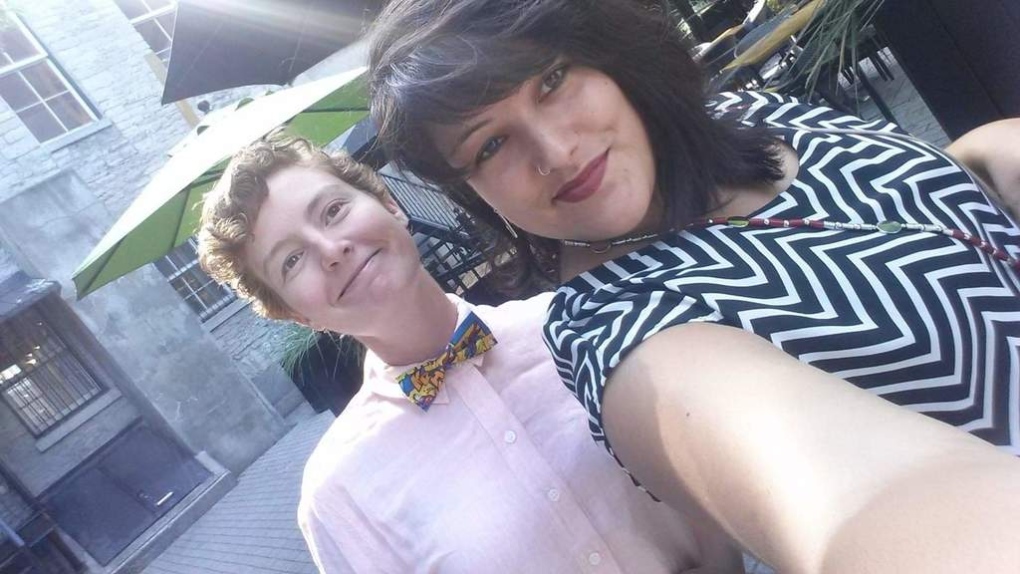 WINNIPEG -- When Kaitlyn Duthie-Kannikkatt and her partner Maureen Hanlon got engaged, they decided they wanted to be married by their priest at Winnipeg’s St. Matthew’s Anglican Church.

How their wedding next year will proceed is up in the air after the Anglican Church of Canada voted against a change to the marriage canon, which traditionally is seen as between one man and one woman.

The church’s governing body met in Vancouver this weekend. Among the items on the agenda for Friday night was a vote on whether the church should amend its marriage rules to permit same-sex unions.

To be successful, the motion required two-thirds support from the church's laypeople, clergy, and bishops.

Although more than 80 per cent of Anglican laity and more than 70 per cent of clergy voted in favour of permitting same-sex marriage in the church, the amendment received only 62 per cent support from its bishops.

That decision was disheartening for Duthie-Kannikkatt, Hanlon, and other LGBTTQIA people in the Anglican church.

“What worries me is there’s a wholesale rejection of queer people in the church at a national level,” Duthie-Kannikkatt told CTV News Monday.

When Duthie-Kannikkat heard the news, she said she felt frustrated that the amendment was lost over a few bishops.

“It’s blocking our rights as human beings and denying our dignity as full members of the church and of the Anglican communion,” she said.

The Diocese of Rupert’s Land, which includes Winnipeg, issued a statement Friday saying that it intends to allow an “opt-in” practice to allow clergy to determine whether or not they will practice same-sex marriages.

The Right Reverend Geoffrey Woodcroft, the bishop of Rupert’s Land, wrote he will exercise his authority to continue the conversation in the diocese by Jan. 1, 2020.

However, Duthie-Kannikkatt still feels like her dream of marrying her partner in their home congregation may not be realized.

“It still feels uncertain. I have no reason to trust the bureaucracy of the church,” she said. “It still feels like a statement that we’re not welcome.”

If the couple isn’t able to get married in their home congregation, they plan to be married by a minister in another, more affirming denomination or ask an Anglican priest in a different diocese.

“But it would take us away from our home community, which would be sad,” Duthie-Kannikkatt said.

She added she’s worried that LGBTTQIA people in other, less accepting diocese around Canada won’t be able to have their same-sex marriages performed in their churches.