'We've lost our way:' Another death, more than 170 COVID-19 cases in Manitoba on Thursday 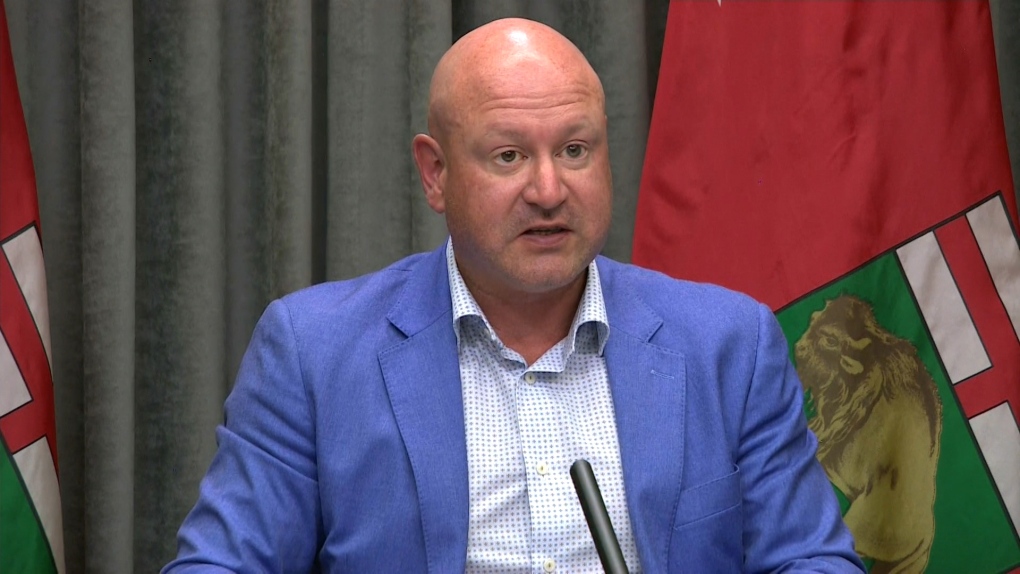 WINNIPEG -- Manitoba’s top doctor said people have ‘lost their way’ when it comes to the battle against COVID-19, as cases and deaths continue to spike in the province.

On Thursday, Dr. Brent Roussin, the chief provincial public health officer, said the most recent death was a man in his 40s from the Winkler district of the Southern Health - Santé Sud region. Roussin said this was a previously announced case with underlying medical conditions.

The number of deaths in Manitoba is now at 38. Roussin said this is the third death due to COVID since Tuesday.

Roussin also announced 173 more cases were identified as of Thursday morning. Manitoba now has 1,527 active cases and has a test-positivity rate of 4.9 per cent.

“Many Manitobans have been following those fundamentals from the beginning, but we can see we’ve lost our way with the fundamentals at this point,” Roussin said.

“We can see we are going to need to act.”

The Winnipeg area alone has 1,297 active cases and has a test positivity rate of 5.8 per cent. Roussin said the numbers in the city are concerning. He said further restrictions will be coming to the city.

The new cases announced on Thursday include:

HOW SOCIAL GATHERINGS CAN LEAD TO OUTBREAKS

He said social gatherings can have big impacts on the spread of the disease, and gave a stark example of this.

Roussin said one single case, identified on Sept. 11, was at a social gathering four days earlier. He said by the time the case was identified – they had 13 close contacts. The next day, five more cases were identified as a result of this, and close contacts grew to 49.

One week after that first case was announced, Roussin said there were nine new cases and 96 close contacts – which includes one case alone that had 50 close contacts.

By day 12, Roussin said there were 40 cases and 243 close contacts all linked back to that one initial exposure. He said contacts ranged from the ages of 10 to 86.

“We can see the significant impact of just that one exposure,” he said. “40 people infected, 243 people had to self-isolate, meaning they had to miss work, miss school, and added to the workload of public health, added the workload from testing – all from that single night.”

“I think this shows that we have a long way to improve to get back to those fundamentals,” Roussin said.

Since the first case was identified in the province in March, Manitoba has seen 3,098 cases. Of these cases, there have been 1,533 recoveries.

There are 25 people in hospital and five people in intensive care.