'We were all nervous': Volcano eruption in the Philippines hits close to home for some Winnipeggers

WINNIPEG -- A volcano eruption near the Philippines' capital has blanketed the area in layers of ash and forced more than 40,000 people to be evacuated. While the volcano is over 12,000 kilometres away, the devastation has still hit close to home for members of Winnipeg's Filipino community.

It was Sunday afternoon when Debbie Compayre received a text from grandparents living in the calm and slow-paced city of San Nicolas, Batangas – a Filipino city less than 10 kilometers away from the Taal Volcano.

The volcano that had been dormant for 55 years had started smoking, the text said.

"As soon as they realized what was happening, they decided to evacuate the city," Compayre, who lives in Winnipeg, told CTV News. "It was a quick, you know, just get out of there. They felt it quickly escalating." 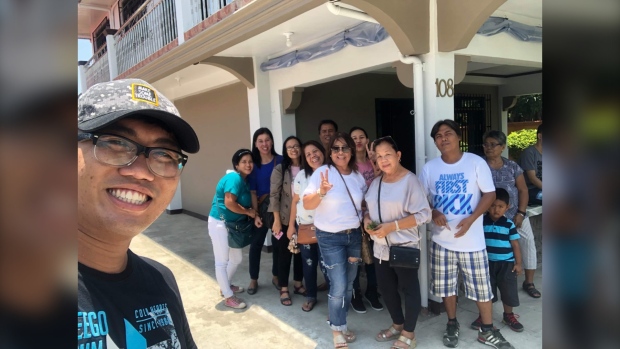 Debbie Compayre's family in San Nicolas, Batangas, who were forced to evacuate their homes after the Taal Volcano erupted on Jan. 12, 2020. (Submitted: Debbie Compayre)

Within hours an eruption sent volcanic ash billowing into the sky. Compayre said by this time her grandparents and their family were on the roads.

Compayre said the text updates rolled in from her family: there is ash everywhere; there is zero-visibility; the roads are busy; everybody is safe.

"Everyone is good, but for a while it was very…we were all nervous," Compayre said.

Compayre said her family moved across Batangas and is staying with other families while they wait to hear when they can return home.

They joined more than 40,000 evacuees who left Batangas and nearby provinces to escape the volcano, according to Associated Press reports.

"It's very, kind of waiting and not really knowing if or when it’s okay to go back."

MEMORIES OF A FATAL VOLCANO ERUPTION 55 YEARS AGO

Compayre was born in the Philippines, but moved to Winnipeg in 1992. She says she remembers visiting the Taal Volcano, a popular tourist spot, and spending time in the city of San Nicolas.

"It was province-life, so very relaxing and calm and slow-paced and friendly," said Compayre. 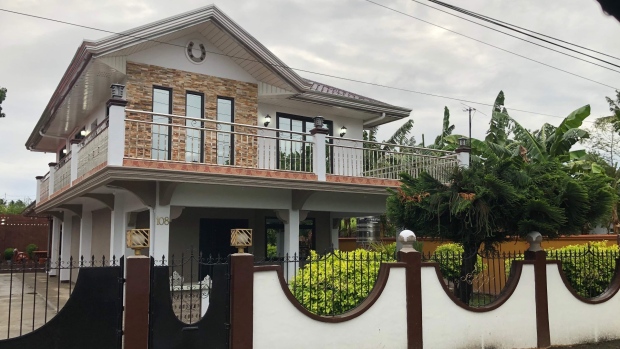 This is not the first time her family escaped the Taal Volcano. In 1965 the volcano erupted, killing hundreds of people.

Compayre says her mother was there, on the volcano, when it exploded, but was able to escape the fatal eruption.

Compayre asked her mother what it was like to see the volcano erupt again.

"The first thing she told me was 'Yeah, I was there and your uncle was a baby. There was mud everywhere," Compayre said. "Very weird déjà vu."

The eruption and subsequent evacuation has prompted a local community in Winnipeg to jump into action.

The Sulat-Kamay Charity Drive normally raises money and collects donations for children's education in the Philippines, but they are now putting out a new call for donations.

The group is collecting facemasks to send to the evacuees displaced by the Taal Volcano.

The group sent their first shipment of more than 1,300 masks overseas Tuesday morning.

Maureen Sy, an organizer of the charity drive, said they had heard the masks are all sold out in stores in the Philippines and more are needed still.

"It's our instinct," Sy told CTV News. "You need to move so you can help people back home."

Sy said anyone who wants to help with the fundraising efforts for the Philippines can contact the Sulat-Kamay Charity Drive over Facebook.

-with files from The Associated Press