'We wish we didn't have to do it': School bus routes being cancelled due to lack of drivers

'We wish we didn't have to do it': School bus routes being cancelled due to lack of drivers 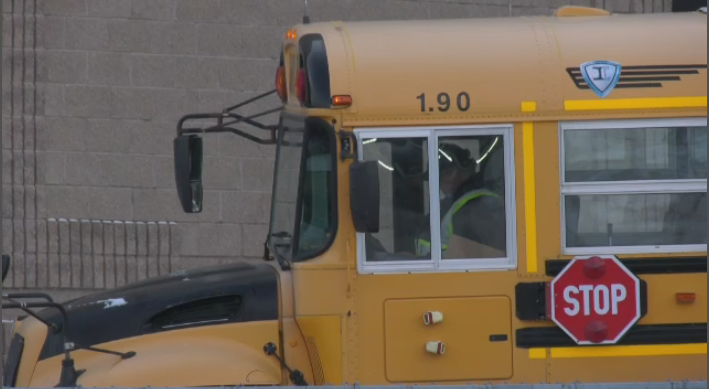 School divisions in and around Winnipeg are dealing with a lack of bus drivers, which is leading to some routes being cancelled.

Brian O'Leary, the superintendent of Seven Oaks School Division, said they were able to make it through the fall without any cancellations, but in the last week, that has changed, noting they have not been able to find enough spares.

As a result, he said a couple of the 50 buses had to be cancelled several days this week.

"If everyone is healthy and no one is catching a cold or the flu, we're fine. But a bit of illness tips it the other way," said O'Leary.

When cancellations happen, he said they try to give parents as much notice as possible.

"We would try and do it on routes where maybe it is older kids and they do have some access to transit, but not always. It is an inconvenience to parents and we wish we didn't have to do it and we will take every step we can to avoid doing it, but it's not just Seven Oaks. It's every school division and every transit operation."

He added if there is anyone with a commercial licence who is looking for work, they would be happy to talk to them.

As O'Leary pointed out, Seven Oaks isn't the only area feeling the shortage. Just outside Winnipeg, the Lord Selkirk School Division said route cancellations are a concern.

"We, like other divisions, have had to do our best to both recruit and maintain drivers along with how we can minimize the impact to the routes," said Jerret Long, the superintendent of Lord Selkirk School Division.

"We are continually doing our best to try to lessen the impact of cancellations so that one route doesn't have to have more than their share of being cancelled. We maintain data on our cancellations and endeavour to communicate with our families at the earliest possible time in order for them to find alternate transportation if required."

Long said the goal is to not cancel routes and the school division does try to get "creative" to prevent that from happening but adds it still does occur from time to time.

In the Pembina Trails School Division, there have been route cancellations throughout the week according to posts on Twitter, the last happening Friday.

"As is the case in school divisions across Canada, bus driver shortages are an ongoing challenge. Pembina Trails has been and continues to work on addressing these shortages with ongoing recruitment and retention efforts," said Lisa Boles, the CEO and superintendent of the school division, in an email to CTV News.

Meanwhile, the St. James-Assiniboia School Division said they have had three instances where routes have been cancelled because driving spots can't be filled.

"Many absences are due to illness, and we continue to encourage drivers to stay home when sick to reduce the spread of respiratory and other viruses," a spokesperson said in an email to CTV News.

"We are also currently recruiting casual bus drivers to fill vacancies on an on-call or as-needed basis. We continue to thank parents and caregivers for their understanding on this matter."

The Winnipeg School Division said it is currently short eight bus drivers and has had to cancel routes due to no drivers.

However, not every division is in a pinch when it comes to bus drivers.

The River East Transcona School Division said it has a "full complement" of drivers, a position that it constantly recruits throughout the year, and to date, it has not had to cancel any routes.

It says 100 bus drivers handle 83 routes for the division.

Experts say Canada's plan to increase immigration may ease some pressures in the labour market, but bigger changes are needed to ensure new permanent residents are matched with the jobs that most need filling.

Fear of disappointment? This is why you should say 'no' more

Many people have a hard time saying 'no,' a psychologist says, but the reluctance to let others down has widespread mental health impacts.

Andrew Tate lost his appeal at a Romanian court and will be held for a further 30 days, an official said Wednesday.