WINNIPEG -- TV talk show host Wendy Williams has apologized to Winnipeg Blue Bomber Adam Bighill for comments made on the "Wendy Williams Show" that appeared to mock those with cleft lip.

On Wednesday morning the Bomber's linebacker took to Twitter to announce his son Beau, who was also born with cleft lip, was heading into surgery to have it repaired. Since the offending gestures were made on the show on Jan. 7, Bighill has taken to Twitter each day, demanding an apology from Williams.

"We're thinking about Beau today as he is in surgery," Williams tweeted out Wednesday evening. "I want to apologize to the cleft community and in Beau's honor, our show is donating to (Operation Smile) and (the American Cleft-Craniofacial Association)."

. @Bighill44 We’re thinking about Beau today as he is in surgery. I want to apologize to the cleft community and in Beau’s honor, our show is donating to @operationsmile and @AmerCleftPalate and encourage our Wendy Watchers to learn more and help support the cleft community.

Williams also encouraged her viewers to learn more and support the cleft community.

"It really is getting her to recognize what she did and speak on it," Bighill told CTV News on Monday. "And the people who watch that show are going to be able to realize that we are all part of ending bullying, we are all part of it, and that will be a great message to go out to everybody as well." 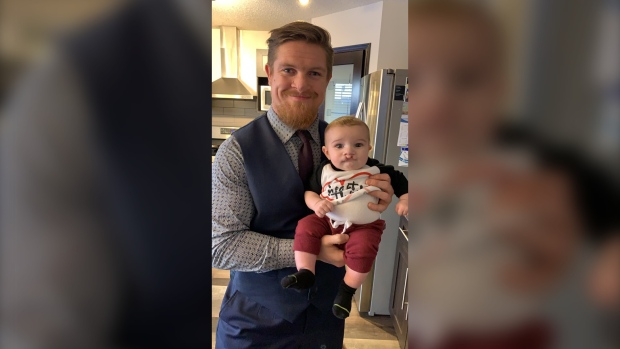 Adam Bighill and his son were both born with bilateral cleft lip and palate. (Source: Adam Bighill/Twitter.)

Bighill’s campaign on Twitter rallied support across North America, garnering hundreds of likes, comments and retweets supporting his call for an apology.

On Wednesday night, in a private exchange over Twitter, Bighill told CTV News the apology ‘would work’ for him. “Hopefully for others as well,” he said.

On Bighill’s public Twitter account, he thanked Williams for her apology, donations and well wishes for Beau's surgery.

"I forgive you, and I encourage others to as well," Bighill tweeted.

Thank you @WendyWilliams for your apology, your donation, and for thinking of Beau today for his surgery. I forgive you, and I encourage others to as well. I wish you all the best. https://t.co/JmYnRb8C8t