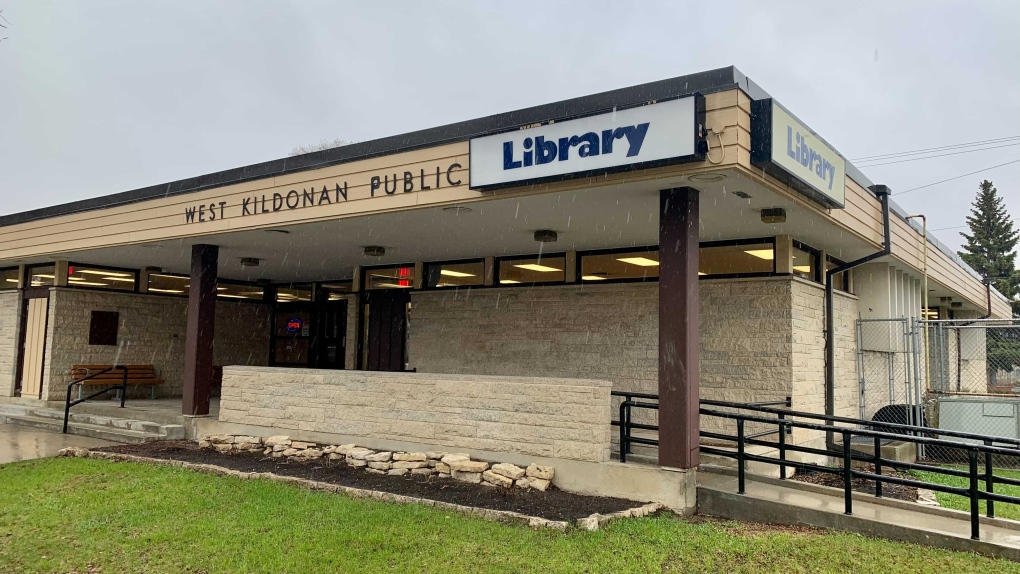 The West Kildonan Library is seen on May 9, 2022. (CTV News Photo Scott Andersson)

The West Kildonan Library has officially been nominated for historical status.

Winnipeg's property and development, heritage and downtown development (PP&D) voted on the motion Monday night, and it was carried.

A group representing community leaders from across northwest Winnipeg had been pushing the committee to request that West Kildonan Library be nominated for historical status.

In a Monday news release, the Friends of West Kildonan Library Coalition said its request comes two weeks after the Lord Selkirk – West Kildonan community committee endorsed a motion to have the site considered for historical status.

“This is a motion which has seen endorsement not only from our Coalition and community members, but also Heritage Winnipeg, multiple architectural stakeholders, and all City Councillors in northwest Winnipeg,” said Daniel Guenther, co-chair of the coalition, in a news release.

“We implore PP&D to respect the wishes of our community by ensuring this motion is approved at today's meeting.”

According to the coalition, if the property and development committee passes the motion, the department’s director along with the city’s historical buildings and resources committee will have 180 days to report on the building’s historical features and architectural merit.

The board of directors of the Friends of West Kildonan Library Coalition voted last week to support the motion. The group now calling on the city to ensure it passes without delay.

“It’s critical that this motion be passed immediately to ensure the City has enough time to report back on the building’s architectural merit,” said Evan Krosney, co-chair of the coalition.

“Just like the St. John’s, Cornish and St. Vital libraries—all of which have seen beautiful renovations and redevelopment over the past few years—West Kildonan deserves no less and should be recognized for its storied history.”

This motion comes after the city considered moving the library into the Garden City Shopping Centre earlier in the year. This proposal prompted rallies and pushback from residents, with the city ultimately deciding not to move the West Kildonan Library into the mall.

-with files from CTV's Kimberly Wertman

Canadian home sales fall for 5th month in a row, down 29 per cent from last July

Canada's average resale home price fell 4.5% from a year ago in July and was down 5.4% on the month as buyers continued to sit on the sidelines amid rising borrowing costs.

Thousands of Afghans who helped Canada trapped in Afghanistan, struggling to leave

Canadian MPs and veteran groups are urging ministers to do more to help thousands of Afghans who assisted Canadian Forces, but remain trapped in Afghanistan a year after the Taliban seized Kabul.

The top executive at Pfizer, a leading producer of COVID-19 vaccines, has tested positive for the virus and says he is experiencing very mild symptoms.

Prince Harry and his wife Meghan, the Duchess of Sussex, will visit the U.K. next month for the first time since they returned for Queen Elizabeth II 's Platinum Jubilee celebrations.

Padma Lakshmi is supporting her ex-husband Salman Rushdie in his recovery. The 'Top Chef' star tweeted Sunday that she is 'relieved' Rushdie is 'pulling through after Friday's nightmare' in which he was stabbed multiple times while on stage in New York.