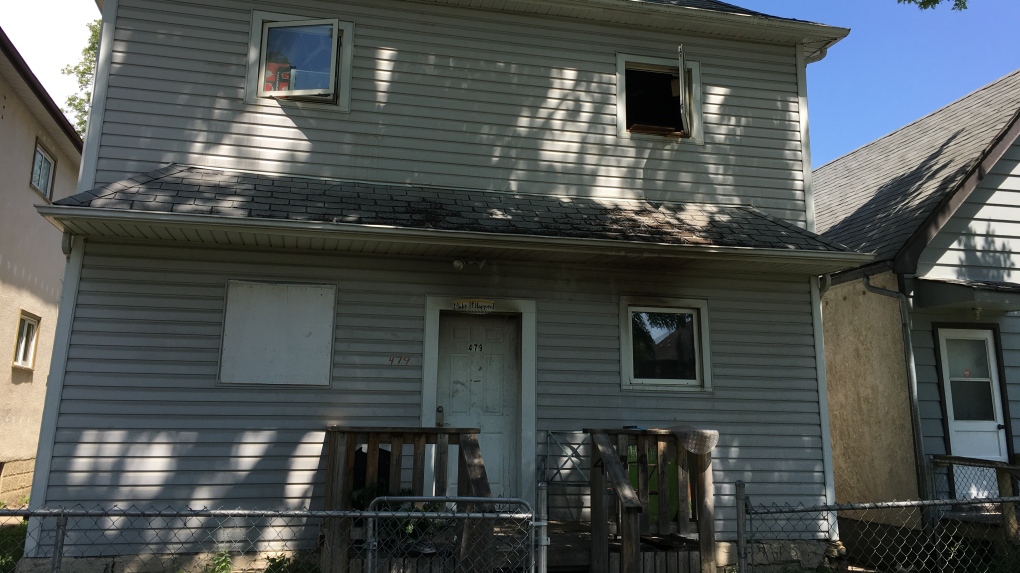 WFPS put out several house fires including this one on College Avenue. (Source: CTV News/Zach Kitchen)

At 8:57 p.m. Saturday night, fire crews were called to an outdoor fire under the Donald Street Bridge. WFPS said it was quickly extinguished.

At 8:59 p.m., the WFPS responded to reports of a fire in a single-storey house in the 500 block of Marsden Street.

Upon arrival, firefighters encountered smoke coming from the house and launched an offensive attack. The fire was declared under control at 9:31 p.m.

No one was inside the home, and no injuries were reported.

The cause of the fire is believed to be accidental due to an electrical issue. No damage estimates are available at this time.

At 9:21 p.m., WFPS crews were dispatched to a fire in a one-and-a-half storey house in the 500 block of Aberdeen Avenue.

When firefighters arrived on scene, they found smoke coming from the home. An offensive attack was taken, and the fire was declared under control at 9:47 p.m.

WFPS said the people inside the home self-evacuated prior to the arrival of crews. No injuries were reported.

At 8:07 a.m. on Sunday morning, WFPS attended a fire in a two-storey converted residential dwelling in the 400 block of College Avenue.

When crews arrived, they encountered fire in the building and three people trapped on the upper floor. WFPS assisted all of them out of the house, and paramedics assessed them on-scene. No injuries were reported.

WFPS crews used an offensive attack to extinguish the fire, declaring it under control at 8:23 a.m. The damage was contained to the suite where the fire started.

The cause of the fire is under investigation, and no damage estimates are currently available.