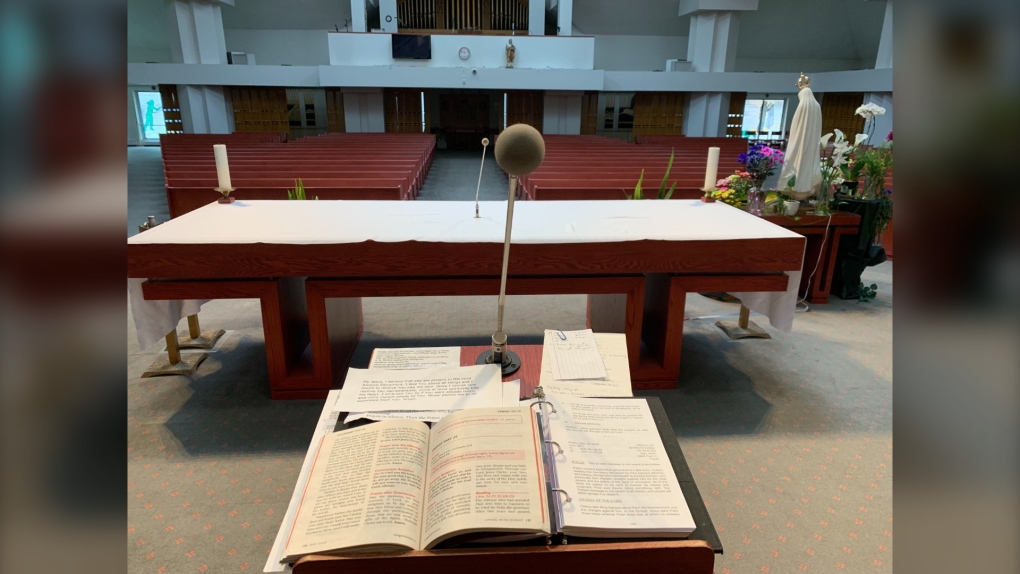 WINNIPEG -- As Manitoba continues to reopen businesses and services, churches are looking at ways to resume operations, while also respecting public health restrictions.

According to Paul Patrick, a priest at the Holy Ghost Parish on Pritchard Avenue, his parish has been closed for a month and a half, though they’ve been live-streaming masses using a webcam.

“We had people praying in their homes, we had all of our masses televised through online services,” he said.

Patrick added these distanced masses have been difficult as people become priests in order to help and serve other people.

“So when you’re not seeing that on a daily basis when you’re celebrating the mass and it’s just yourself, you know obviously there are people there praying with you, but you can’t see them physically and so that’s obviously really difficult,” he said.

During Phase Two of the province’s reopening, public gatherings are limited to 25 people for indoor events, and 50 people for outdoor events. This rule went into effect on May 22.

Then, beginning on June 1, religious organizations will be able to hold outdoor services with no limitations on the number of people as long as everyone stays in their car.

Patrick said in order to follow the public health guidelines, Holy Ghost Parish is only allowing 25 people in at a time, maintaining physical distancing, and getting people to use hand sanitizer when they come in.

He noted they’ve also made changes to parts of mass and communion in order to eliminate contact and maintain physical distance. Then, once people leave the church, they have a group come in to sanitize.

As for how the parish will decide who gets to be one of the 25 people to come in, Patrick said the family the mass is being offered to takes precedent and can bring a total of 15 people.

“Every single mass has a particular intention, so maybe a family that we’re praying for or someone who lost a loved one, something like that. So we’re giving whoever the mass is in their memory (of), we’re giving them precedent,” he said.

Patrick said during the pandemic, the Holy Ghost Parish has taken a financial hit.

“The expenses go on as it were, but you don’t have people physically being in the church,” he said, noting churches often receive cash and cheque donations and haven’t really moved to online banking formats.

Patrick recognized that this has been a tough time for everyone, but said things will get better.

Though churches will be able to reopen, they must do so under strict guidelines that can be found below.

- With files from CTV's Jamie Dowsett.