What Manitobans can expect in the upcoming legislative session 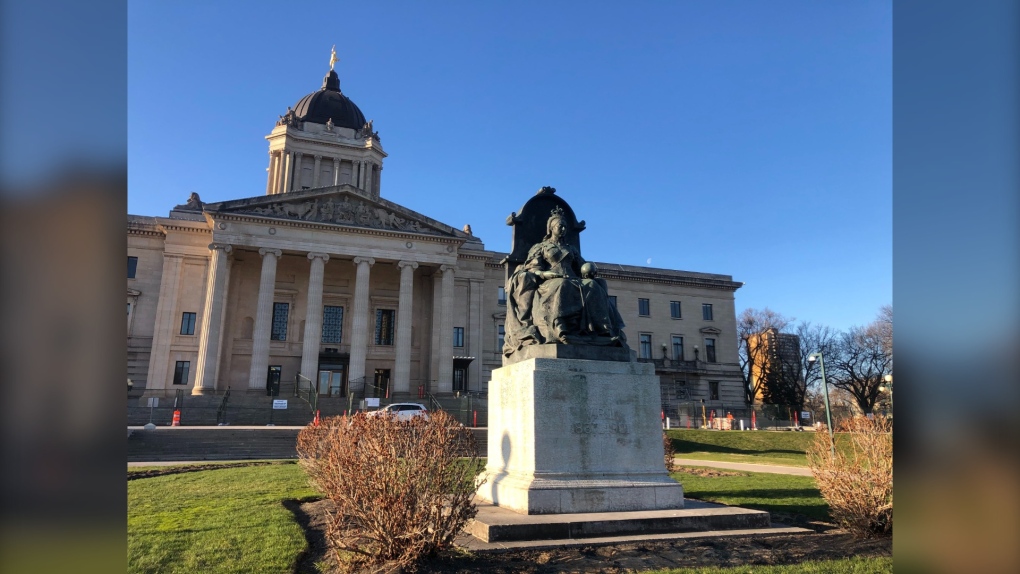 WINNIPEG -- Manitoba's Progressive Conservatives say they will use the upcoming legislative session to help the province recover from the ongoing COVID-19 pandemic.

"During this time of uncertainty and concern, Manitobans want a government that steps up, not back," Filmon said in the speech

The government said there will be five main focuses for the government during the upcoming session, including health care, the economy, education, lowering taxes, and balancing the budget.

"During this time of need, nothing matters more to our government than protecting Manitobans, protecting your personal health, and protecting your financial health, because they're intertwined, and we see that better now than we ever have," Premier Brian Pallister told reporters on Wednesday.

Health care is the primary focus for the government, and continued discussions with Ottawa about a new funding partnership are expected to continue.

Pallister has been focusing on securing a new federal funding partnership between Manitoba and the federal government, travelling to Ottawa to raise the issue with Prime Minister Justin Trudeau.

"This Legislative Assembly will be asked to unanimously support a resolution that speaks with one voice, on behalf of all Manitobans, in a united call for the federal government to protect health care by increasing the Canada Health Transfer and becoming a full-funding partner in providing health care to Canadians," the speech reads.

The province added it will be investing in seniors' safety, including upgrades to care homes for safety and the addition of visitor shelters for residents to visit families while the pandemic continues.

THE ECONOMY AND TAXES

During the speech, the province said it plans to have the Economic Opportunities Advisory Board advise the government on ways to help boost the economy and create jobs.

"Specifically, they will be asked to recommend a new, independent private sector-led economic development agency to attract investment and promote international trade for our whole province," Filmon said.

The government said they will also introduce legislation during the session in response to protests and rail blockades earlier this year.

"Manitoba experienced the negative economic effects of illegal protests and blockades, putting the livelihoods of people and communities at risk. Your government will introduce legislation to prevent such illegal blockades of critical transportation routes and protect jobs," Filmon said.

Pallister said in a news conference that police agencies were telling the government there needs to be greater clarity on their role during the blockades, and what it could be. He added the laws will clarify those roles with respect to protecting public property, not just private property.

"Some will argue there were already laws, but there wasn't sufficient clarity around those laws," he said, noting Justice Minister Cliff Cullen will be leading the initiative.

Pallister said the laws should not be taken as a restriction on lawful protest.

"Lawful protest is a right, everybody has that right, I will defend that right, especially I'll defend it if people are protesting things I don't agree with, because that's the test of your principle on that issue. But when you extend your own rights in such a manner in a protest that you take away someone else's rights, then there is a consequence to that that should be felt."

The phased elimination of the education property tax will also begin in 2021, according to the speech.

Manitoba Hydro is also being instructed to keep its rate increase below three per cent.

As school is now one month into its return during the pandemic, the province said it will establish a blended-learning strategy for students, which will consist of remote and in-class learning options.

"This strategy will ensure that learning continues as seamlessly as possible for every student during the pandemic, regardless of where they live," Filmon said.

Pallister said a $1.6 billion investment of brand-new money over the next four years for education will also be coming to Manitoba.

"None of us would be where we are in our lives without the opportunities education provides, we have to do a better job, we're going to have to invest more to get the better result that we're after," he said.

Education reform, which was shelved when the COVID-19 pandemic hit, is to proceed in the new year. The government has already hinted that changes could reduce the number of school divisions, and the throne speech says there will be "less time and money wasted on school administration and red tape."

Manitoba also said it will not change its plans to build 20 new schools in the province.

Earlier this month, the Manitoba government said it was projecting a $2.9 billion deficit for the 2020-21 fiscal year due to the COVID-19 pandemic. This was after the province reported a $5 million surplus for the 2019-20 fiscal year.

The speech said the province's budget for next year will set out a path to return to a balanced budget over "the next two terms."

"Everything the government has announced today is stuff they've already been talking about," he said. "If you are that grandparent who hasn't been seeing their grandkids as often, you're the kid who hasn't been attending school as often, if you're the small business owner hanging on by a thread, I think you deserve a lot better than a government that doesn't have any new ideas to help us through the pandemic."

Manitoba Liberal Leader Dougald Lamont also said there was little new information in this throne speech compared to before the pandemic.

"There needed to be a pandemic plan to help small businesses survive, that's not there," he said.

-With files from CTV's Jeff Keele and The Canadian Press' Steve Lambert.