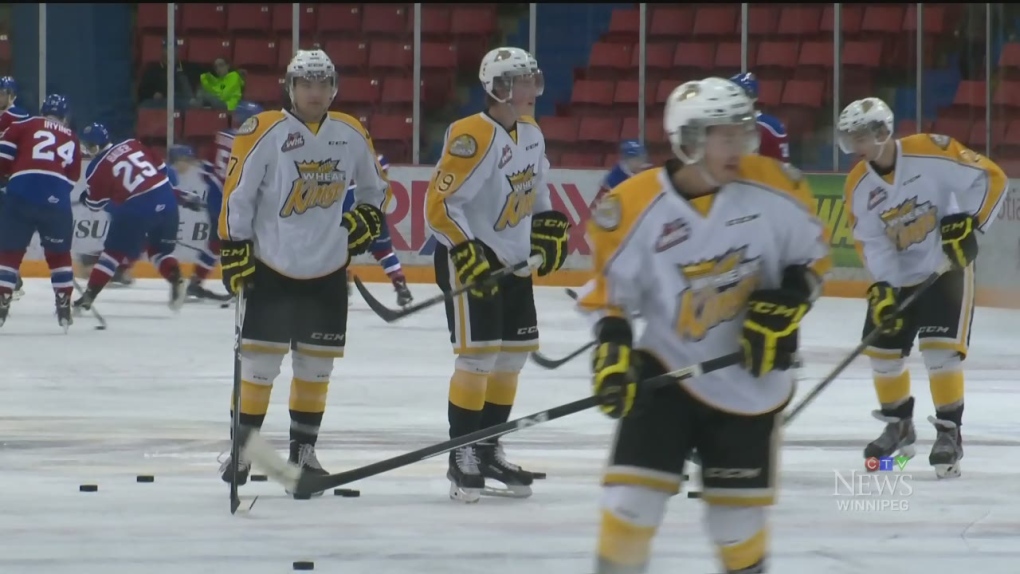 WINNIPEG -- Kelly McCrimmon is selling the Brandon Wheat Kings after 20 years as the team’s sole owner and governor.

The Western Hockey League board of governors unanimously approved the sale to the Jacobson and Greiner group last week.

“This was an extremely difficult decision for our family,” said McCrimmon, who is also the general manager of the NHL’s Vegas Golden Knights, in a statement on Tuesday.

“We believe this is the right decision. The game has been so good to my family, I am fortunate now to be part of a great organization in Las Vegas with the Knights, and it became apparent a succession plan was needed.”

The CEO of the construction group, Jared Jacobson, will assume the role of club owner and governor. Jacobson was born and raised in Brandon.

“This is a very exciting day for myself, my family and business partners,” Jacobson said in a statement on Tuesday.

“Our ownership group is looking forward to adding new energy and new ideas to one of the most storied franchises in the Canadian Hockey League. We are committed to providing the fans with not only a great on ice product, but the best fan experience possible.”

McCrimmon joined the team in 1988 as an assistant general manager. He has also served as the team’s general manager and head coach, helping develop numerous players who went on to play in the NHL.