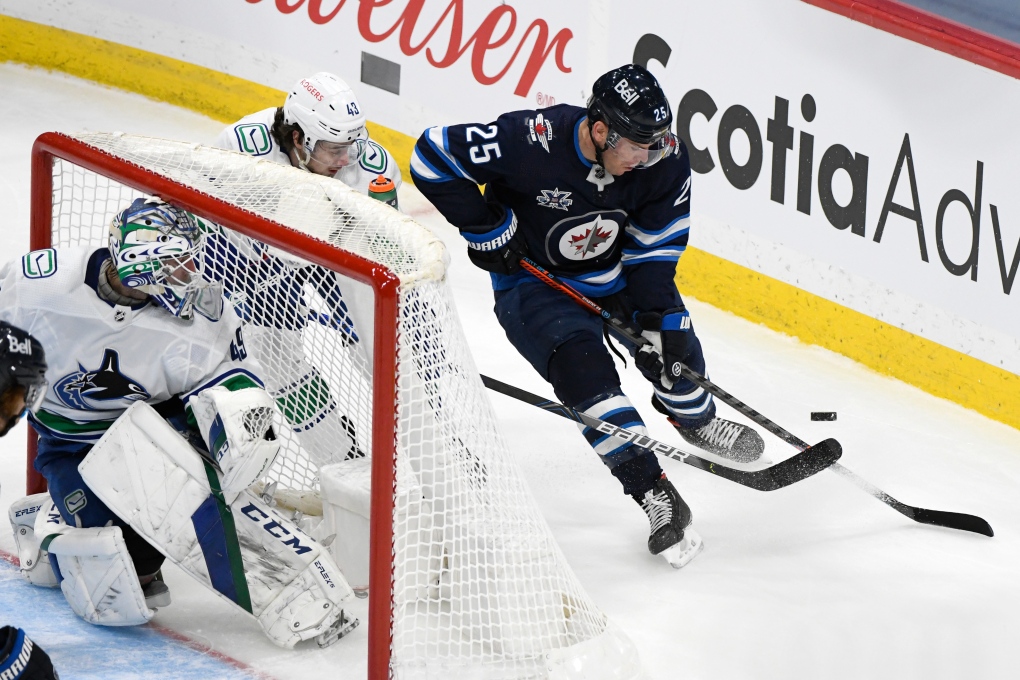 WINNIPEG -- Captain Blake Wheeler had two goals and two assists as the Winnipeg Jets defeated the Vancouver Canucks 5-0 on Tuesday night to clinch third spot in the North Division standings.

Winnipeg came into the contest needing just a point to cement third spot.

Kyle Connor with a goal and two assists, Mark Sheifele with a goal and assist and Mason Appleton rounded out the scoring for Winnipeg, which avenged a 3-1 loss to Vancouver on Monday night. Connor Hellebuyck stopped 24 shots for his fourth shutout of the year and 24th of his career.

Braden Holtby stopped 31 shots for Vancouver (21-27-3), which remains last in the North Division.

Veteran Jets forward Paul Stastny was honoured prior to the game, which was the 1,000th of his NHL career. With his wife and two young children on the ice, the 35-year-old Stastny -- who has also played for the Colorado Avalanche, St. Louis Blues and Vegas Golden Knights -- was presented with a custom art piece and the first-ever silver stick in franchise history.

Connor opened the scoring at 7:48 of the first with his 24th of the season and second in as many games against Vancouver. Connor took a nice tap pass from Wheeler before beating Holtby.

Appleton had a good scoring chance with under four minutes left but Holtby made the save as the Jets outshot Vancouver 11-6.

Wheeler put Winnipeg ahead 2-0 at 2:05 of the second, registering his 14th of the season unassisted. Wheeler drew an assist on Scheifele's deflection at 8:33, Scheifele's 21st of the year as Vancouver held an 11-10 edge in shots on goal.

This report by The Canadian Press was first published May 11, 2021.