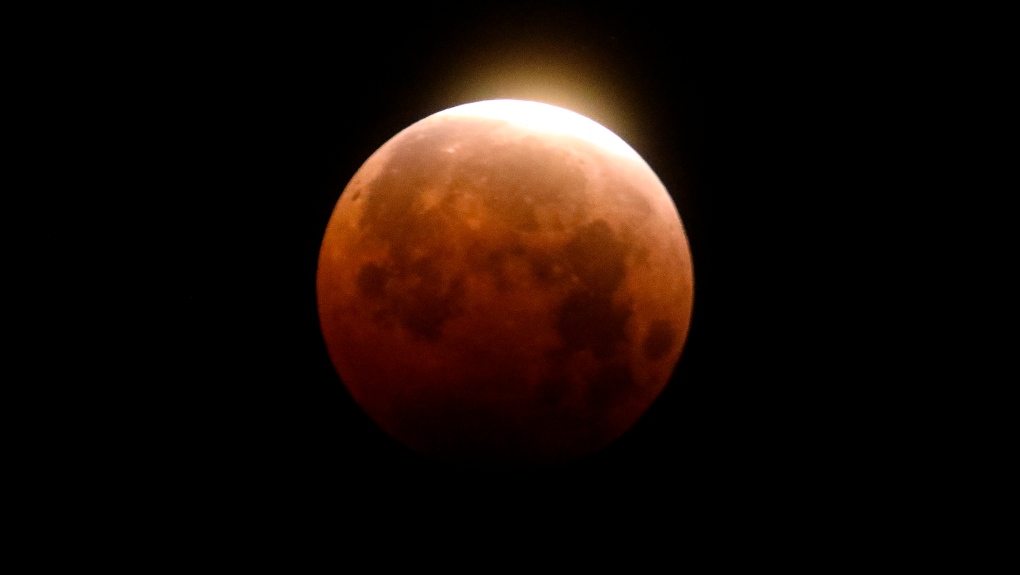 Stargazers and sky watchers are in for quite the sight this weekend.

A total lunar eclipse is expected to shine above most of Canada Sunday night, and Manitobans may have the best vantage point.

“We are pretty much perfectly positioned for this eclipse,” said Scott Young, planetarium astronomer with the Manitoba Museum.

Young said a total lunar eclipse only happens once every few years. He explained the ideal conditions to see the eclipse are based on where the moon will be when the eclipse begins.

“For us, the moon is just coming up here in Manitoba when the eclipse gets started,” he said. “For people on the other side of the world, they can't see the moon, because they're facing away from it. And so they'll miss the eclipse.”

A lunar eclipse happens when the moon passes through Earth’s shadow. The eclipse will also turn the moon’s hue red, which is also known as a blood moon. Because it is happening in May, it’s also nicknamed a flower moon.

All of the conditions create a rare event called a super flower blood moon.

Young said a pair of binoculars or a telescope can help you get a better view of the eclipse, though he notes the Manitoba Museum will also live-stream the event on its social media pages.

Manitobans should be able to start seeing the eclipse begin at 9:15 p.m., and the whole event should last until after midnight.

Young said Manitobans should also hope for clear skies, as clouds will block the view.

Former U.S. President Donald Trump has paid the US$110,000 in fines he racked up after being held in contempt of court for being slow to respond to a civil subpoena issued by New York's attorney general.