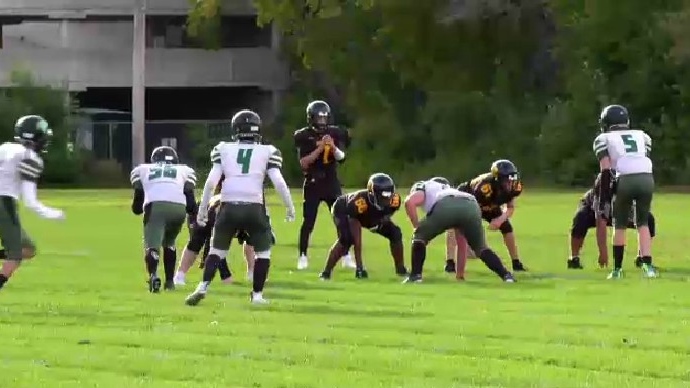 Oak Park played against Steinbach, leading to a 68-0 victory for the team.

Dakota hit the field against Vincent Massey, ending with a 38-0 win for Dakota.

Kelvin will play Springfield, Garden City will play John Taylor, St. Norbert will play Maples, and Elmwood will play Sturgeon. Those games will all begin at 5 p.m.

PLAYERS OF THE WEEK

The WHSFL also named the players of the week for week one in three divisions.

The players of the week for division one include Grant Park's Ryan Mitchell who rushed for 168 yards and scored two touchdowns, and Grant Park's Jesse Deneka who racked up 12 tackles, including two tackles for a loss, and one interception.

Miles Mac running back Nate Malcom was named the player of the week in division two, after he ran the ball for a total of 136 yards on 15 carries and rushed for one touchdown. He also scored a second touchdown on a 25-yard pass reception. The league also recognized Grade 9 receiver Eshoi Ewars, who had an 83-yeard punt return for a touchdown.

Division three recognized Dryden defensive back Carter McKristry as one of its players of the week. McKristry recorded eight defensive tackles and one pass defended, and helped his team grab a season-opening victory.