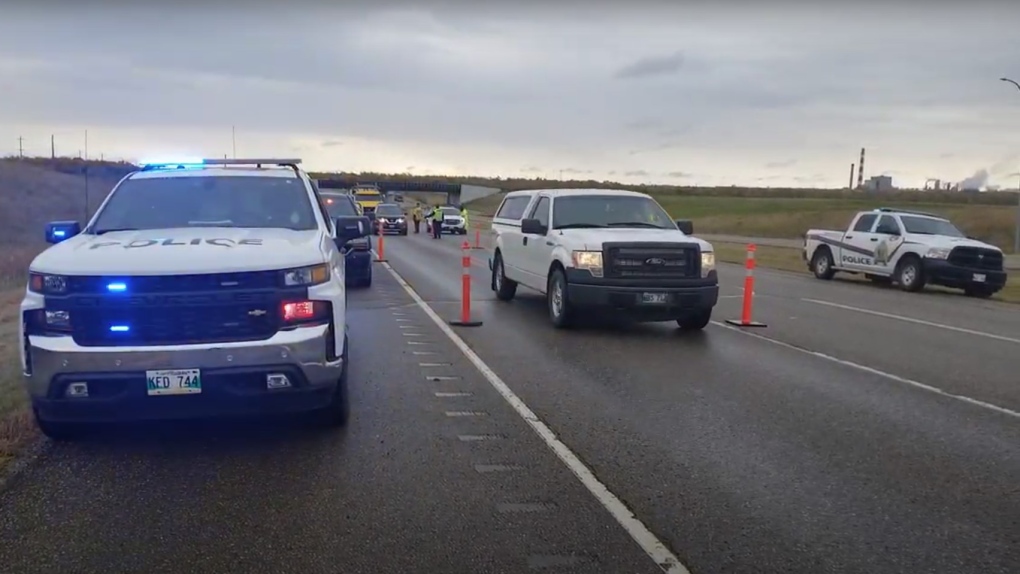 Drivers on Highway 110 south of the Trans-Canada Highway near Brandon were met with a check stop from the Canadian Pacific Police Service, along with Manitoba Compliance Officers and officers from the Rural Municipality of Cornwallis. (Source: James Didyk)

WINNIPEG -- Canadian Pacific Railway police have set up a check stop near Brandon, Man., to educate drivers about rail safety.

On Wednesday, drivers on Highway 110 south of the Trans-Canada Highway near Brandon were met with a check stop from the Canadian Pacific Police Service, along with Manitoba Compliance Officers and officers from the Rural Municipality of Cornwallis.

A driver who went through the check stop said officers were also asking for licenses and registration, and checking vehicle safeties.

CTV News has reached out to the Municipal Constable for the RM of Cornwallis for more information.

Lesli Tomlin, the director of communications for Canadian Pacific (CP), told CTV News the officers were conducting a joint check stop and education operation as a part of Rail Safety Week in the area.

Rail Safety Week runs from Sept. 21 to 27 to raise awareness about rail safety.

"To educate the public about rail safety, CP Police will be visible in many of the communities where we operate to provide information about the dangers of trespassing on railway property," Tomlin said.

"People will see them at public railway crossings and rights-of-way within school zones across our network."

In a release on Tuesday, Manitoba RCMP said a motorist is 40 times more likely to die in a train-vehicle collision, than a crash with another vehicle.

“When it comes to a train versus a car, the train will win every time,” Staff Sergeant Kyle McFadyen of Manitoba RCMP Traffic Services said in a news release. “Anyone approaching train tracks needs to pay extra attention to whether or not a train is approaching. Those few seconds could save your life.”

RCMP said when a train is coming, vehicles should stop at least four and a half metres away from the rails and wait until the crossing is clear before driving forward.

CTV News will update this story as more information is available.