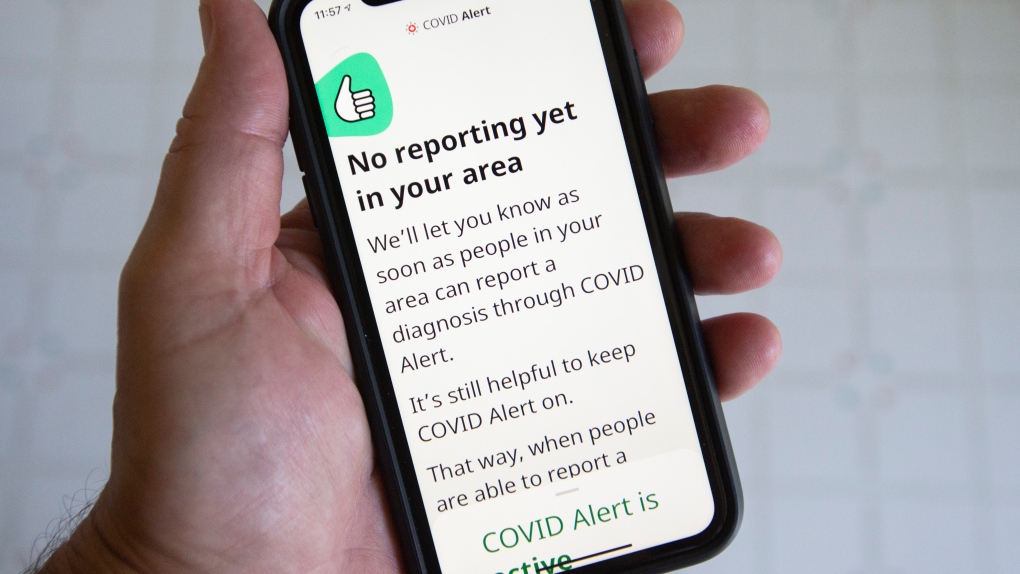 WINNIPEG -- Manitoba still has not signed up to be part of the federal government's contact tracing application, and there is currently no anticipated date for when the province will start using it.

During Monday's news conference, Dr. Brent Roussin, Manitoba's chief provincial public health officer, was asked if the province will be coming on board the COVID Alert App. The app, which would be used for contact tracing, is currently only being used in Ontario.

Roussin said the province is continuing to look into it and does think using technology for contact tracing could have benefits.

"We're looking at the privacy implications, which I don't think are huge with that app, but that app is going to require a significant percentage of the population to use it, because it's not going to be mandatory, and it's not going to replace what we're doing with contact tracing," he said.

"So, I think we could get down there, but it's not the big answer we're looking for."

Cameron Friesen, the Minister of Health, Seniors, and Active Living, said in his discussions with other provinces, said technical reasons are the main reasons other provinces are not using the app.

"It only works well if it's able to return that information to us in a usable form," he said.

The COVID Alert app compiles data and issues a notification to the user if they've been in proximity with someone who has tested positive for COVID-19. Despite only being used in Ontario, the app can be downloaded by all Canadians for Apple or Android devices.

Roussin said he does not have a date for when Manitoba will implement the app.

Currently, the Public Health COVID-19 Contact Centre, established in April, handles contact tracing in Manitoba. It investigates cases, finds out where cases have been, and performs daily follow-up during isolation.

The province recently issued a request for proposals to increase contact tracing in the province, with the tender closing Sept 9.