Why rental car demand is high in Manitoba 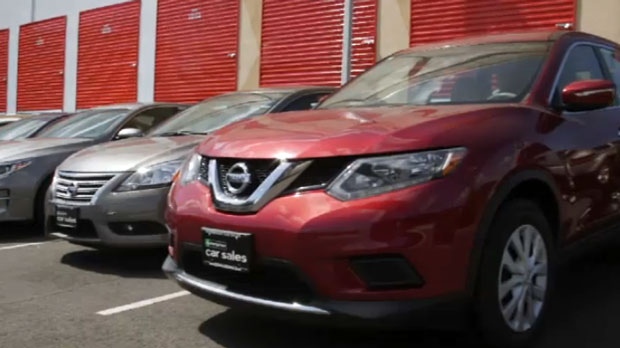 As travel restrictions ease in Manitoba, the demand for rental cars is increasing.

“The only way to combat [the loss of revenue] is to ‘de-fleet’ or sell cars to the point where it makes sense to continue operating the business,” Miller said.

But as borders open up and the number of travellers increase, there’s fewer rental cars available—and the automotive industry as a whole can’t keep up with demand.

Earlier this week, the Canadian Press reported that a global shortage of semiconductors has crippled vehicle production and caused lengthy delays for new cars and trucks.

“It’s very difficult for us to ‘fleet up’ right now,” Miller said. “It’s not something you can do overnight.”

The car rental shortage has been dubbed ‘carpocalypse' in the U.S., but reported skyrocketing prices haven’t hit Manitoba yet.

However, Miller said the demand for rental cars is increasing based on U-Drive’s reservations, bookings, and the number of rental vehicles they consistently have available—but doesn’t think demand has hit its peak here yet.

“As the airport opens up, there’s no doubt about it.”

But, like any business that relies on supply and demand, Miller said the industry will level off, likening it to lumber shortages earlier this year.

A CAA Manitoba spokesperson said they’ve noticed a slight increase in car rentals this summer, and added retail locations around Winnipeg have been receiving more inquiries about booking car rentals across Canada, the U.S., and Europe.

—With files from The Canadian Press

Huawei's Meng expected to reach 'resolution' of U.S. charges against her

Lawyers for Huawei executive Meng Wanzhou will be in a New York court today where it is expected that the U.S. charges against her will be resolved, following negotiations with American officials. In a letter docketed Friday, the U.S. Department of Justice states that it will be appearing in court to address "a resolution of the charges against the defendant in this matter."

The Canadian Armed Forces has confirmed that it will be sending resources to help with Alberta's overwhelmed intensive care units.

A live televised interview with Vice President Kamala Harris was delayed on Friday after two hosts of the 'The View' learned they tested positive for COVID-19 moments before they were to interview her.

A Saskatoon judge has ruled in favor allowing a father to have his child vaccinated despite the mother being opposed to her child getting the shot.

The search for Brian Laundrie, who according to a source left behind his wallet and cell phone when last seen departing his parents' home 10 days ago, resumed Friday at a nature reserve in southwestern Florida.