Wildfire continues to burn in Southeast Manitoba, will not be easily extinguished: RM 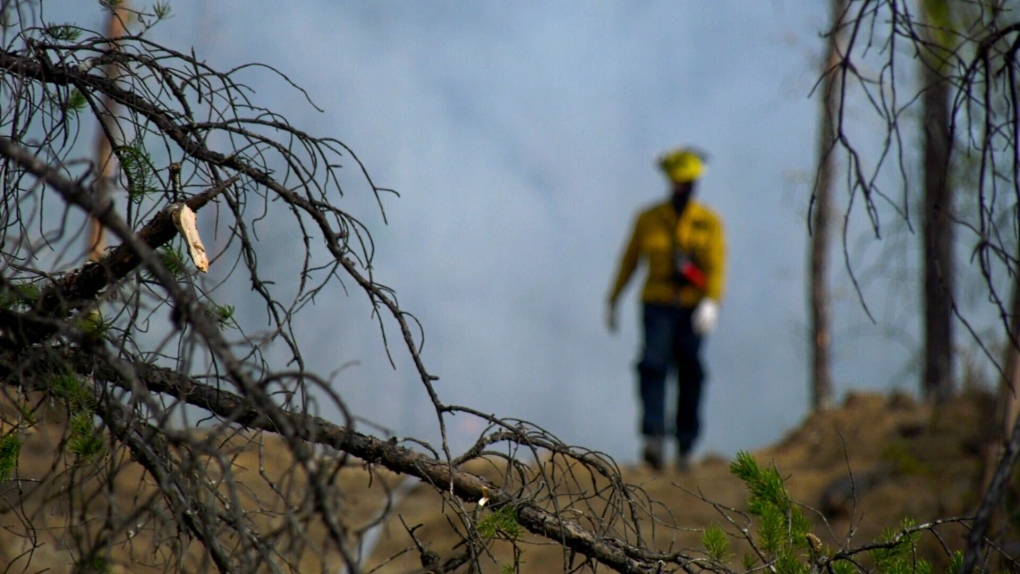 Firefighters work to extinguish an out of control fire near the Manitoba communities of Sandilands and Woodridge on May 10, 2021 (CTV News Photo Scott Andersson)

WINNIPEG -- A wildfire that continues to burn out of control in Southeastern Manitoba will not be easily extinguished, the RM says.

The fire was sparked over the weekend and has been burning a section of land around 1,900 hectares since. In a statement posted Tuesday evening, the RM of Piney said the fire remains "uncontained and active."

"Current weather conditions are not favourable and there is little moisture in the forecast," the statement reads.

"This fire will not be easily extinguished, given the weather forecast, the volume of material left to burn and the massive size of the burn area."

The statement said crews will be working on the fire for several days to come.

The RM of Piney said it remains under a local state of emergency.

It said no structures have been destroyed by the fire, and crews are focusing on the properties at the greatest risk.

The RM said multiple water bombers are being used, and more help is coming from the Province of Ontario to fight the fire.

"Helicopters are being used to bucket water over the fire, move personnel and supplies to the fire line," it said.

The RM said it plans to release another update on the fire Wednesday morning unless there is a change to public risk.