Wildfire near Camperville forces evacuation of more than 100 people 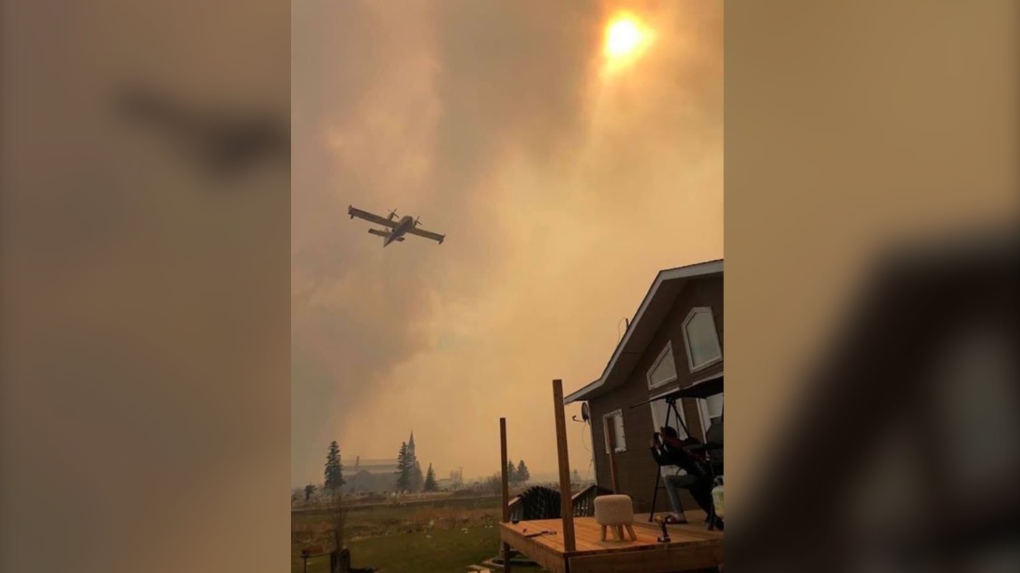 WINNIPEG -- A large wildfire near Camperville, Man. forced the evacuation of more than 100 people.

According to the Canadian Red Cross, more than 100 residents of Pine Creek First Nation were evacuated Sunday night.

Residents self-evacuated and stayed the night at hotels in Dauphin, Man. Everyone has since returned home.

The Red Cross said it is helping virtually and has no one on-site.

In a matter of hours Sunday, the fire grew from 200 hectares to 1,100 hectares in size. As of Monday evening, it sits at 2,500 hectares after winds pushed two fires together.

Camperville is located approximately 420 kilometres northwest of Winnipeg, and is on the western shores of Lake Winnipegosis.

A spokesperson with the Province of Manitoba tells CTV News the local fire department is fighting the fire with help from the provincial Wildfire Program air attack.

Tankers also came out from Swan River, where they were pre-positioned, said the spokesperson.

OTHER FIRES IN MANITOBA

Human-caused wildfires have been reported in several other areas of the province as well.

According to the province's latest Fire Update Report, 19 fires have been reported in the last year, with two of them being listed as active.

The province is asking the public to be cautious when outdoors to help prevent human-caused wildfires and reduce the risk of COVID-19 for front-line firefighters.

The Wildfire Service of Manitoba Conservation and Climate reports the current risk of wildfire is high across southern and central regions of the province.

As a prevention measure, all provincial burn permits issued under The Wildfires Act within the burning permit area are suspended immediately. The province said no other permits will be issued until further notice.