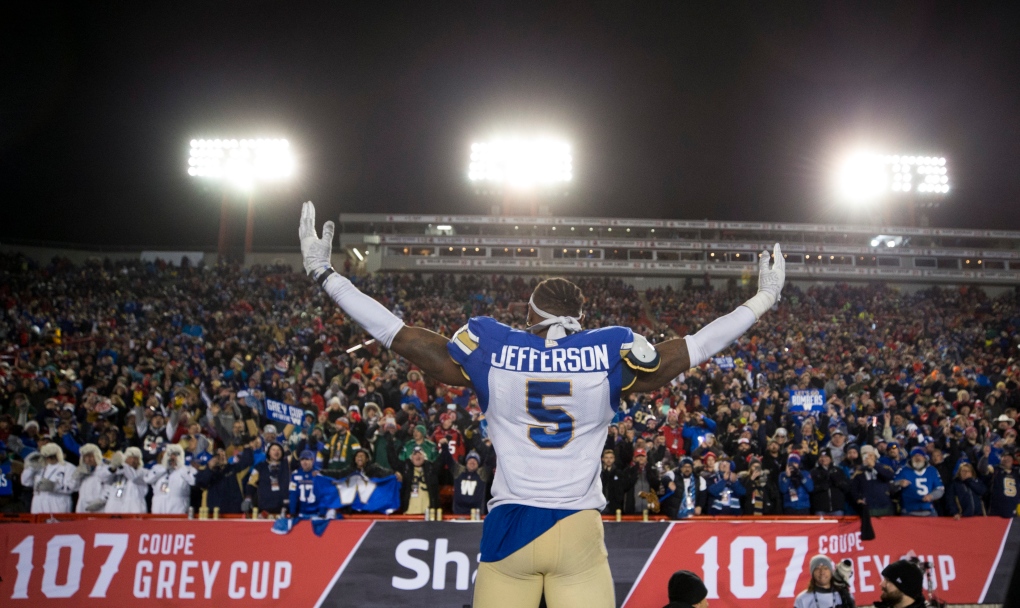 WINNIPEG -- The reigning Most Outstanding Defensive Player will be part of the Winnipeg Blue Bombers for the next two years.

Jefferson had a career year in 2019, posting 12 sacks, 16 knockdowns, which is a new CFL record for a defensive lineman. He also had six forced fumbles, 24 tackles, an interception and two fumble recoveries.

His strong performance continued to shine in the Grey Cup as he recorded three sacks and two forced fumbles.

On top of being named the Most Outstanding Defensive Player, Jefferson was named a CFL All-Star and West Division All-Star.

"As an organization, we are very excited to have Willie and his family return for another two seasons," said General Manager Kyle Walters in a news release. "The talent he brings to the table and his ability to change football games speaks for itself, but what we have gotten to know over the past season is the person behind the player, and that is just as important to our football operations."

The upcoming 2020 season will mark Jefferson's seventh season in the CFL. He has a record 94 regular-season games, achieving 43 sacks, 151 tackles, three career interceptions and touchdowns, and 12 forced fumbles.