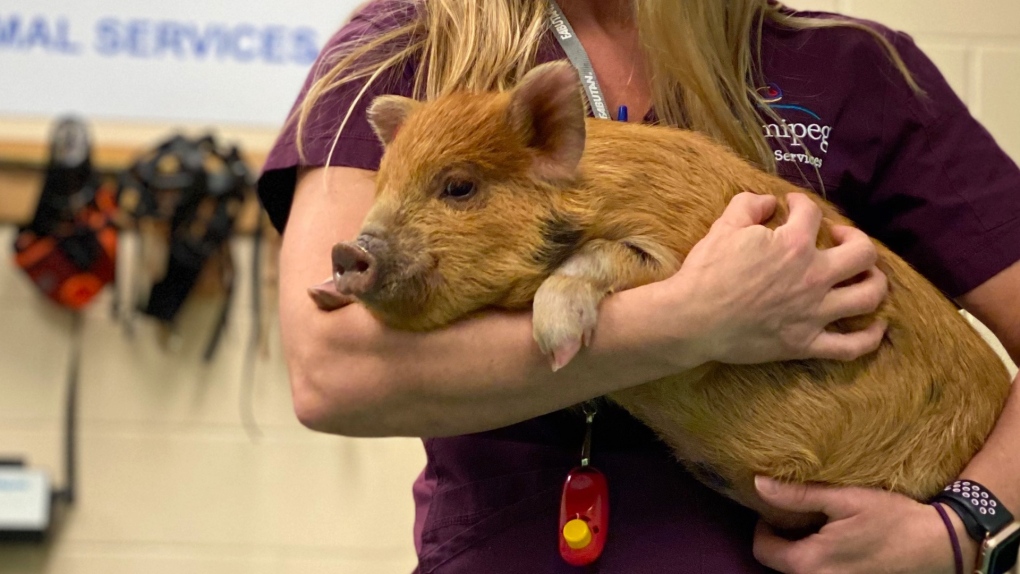 A stray piglet found near Leila Avenue by Winnipeg Animal Services over the weekend has since been moved to a new home. (Source: City of Winnipeg)

In a Facebook video posted late on Tuesday, the agency said the piglet, named Reba, was surrendered by her owner and has been moved to the Kismet Creek Farm in Steinbach.

The piglet was found roaming around a green space near Leila Avenue on Saturday. Animal Services had been feeding and taking care of the pig while looking to find it a new home.

Under city bylaws, farm animals, such as pigs, are not allowed to be kept as pets within city limits.

-With files from CTV’s Touria Izri