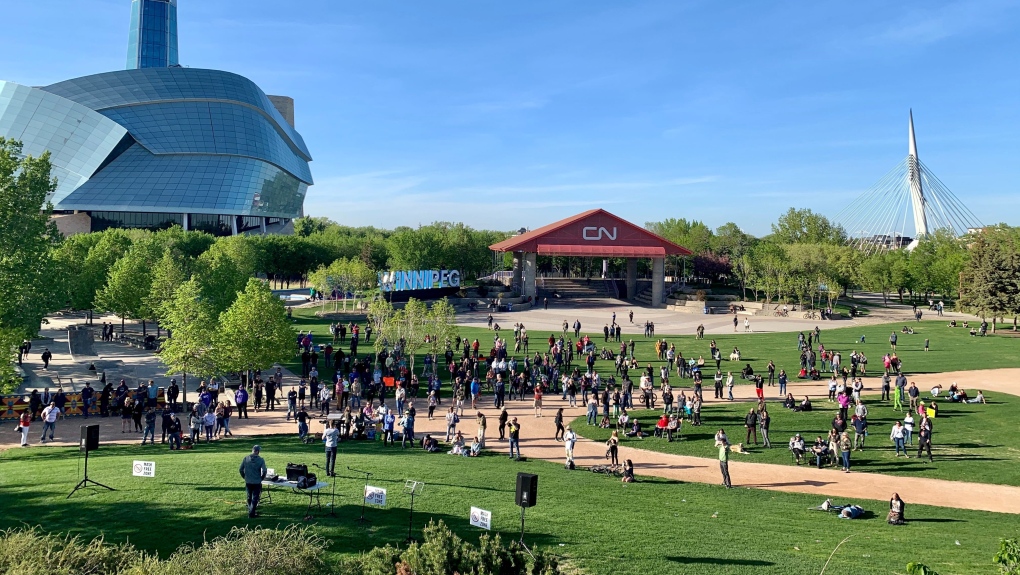 WINNIPEG -- About 200 people attended an anti-restriction rally at The Forks Friday evening.

The event had a number of speakers, two of which had active warrants for their arrest.

Originally scheduled to speak at the rally was Chris Saccoccia, also known as Chris Sky. He did not attend.

The Winnipeg Police Service held a news conference in advance of the protest to address the warrants.

Before the rally, The Forks issued a statement, saying they informed public health enforcement officials and police about the planned event.

CTV News did not see anyone get ticketed or arrested, but CTV News has reached out to police for more details.