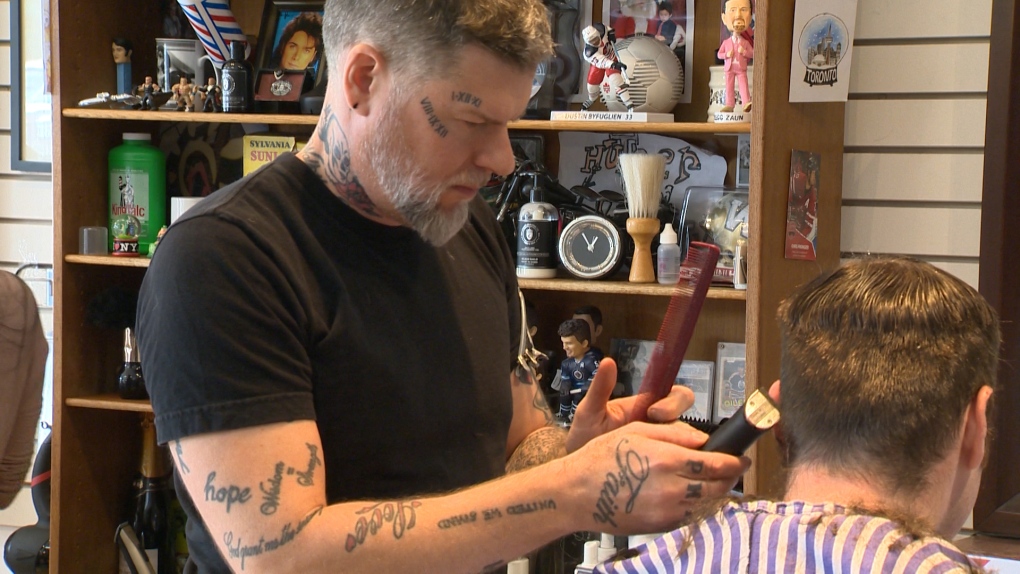 WINNIPEG -- A Winnipeg barber who was planning to offer haircuts in people's yards says his plan was cut short by the province.

Less than a day after announcing plans to make 'yard calls' when Manitoba's new health orders take effect on the weekend, Winnipeg barber Jeremy Regen said he got a call from a public health officer.

"They said it is illegal for me to do what I'm doing," Regan, the owner of the Hunter and Gunn Barbershop, told CTV News on Thursday.

With the province slightly easing public health orders as of Saturday to allow up to five visitors on private property—Regan had hoped to offer haircuts outdoors in clients' yards.

A provincial spokesperson told CTV News, personal services, including haircuts, are not allowed under the public health orders due to the proximity required for the service.

"I find it a little bit laughable," Regan said.

"My intention was true—that I am suffering a little bit financially and I was trying to literally make my mortgage payment."

Regan said the community has been very supportive—offering to pay the money they would have for a hair cut. While he appreciates the gesture, Regan is asking people to donate that money to non-profits and specifically the Mama Bear Clan Patrol.

"Hopefully, these people who have offered me money will donate it to Mama Bear Clan and they can kind of catch up, because with the lockdown we certainly are not going to be able to donate to them what we hoped to donate to them this year."

Regan said in the past 14 months, his barbershop has been closed for seven. For the months it was open, its capacity was limited.

He told CTV News even with some provincial financial assistance—the lockdown has taken a hit on the businesses.

"I feel the provincial government has made mistakes along the way and the people bearing those mistakes are the people they say they are supporting," he said.

"You don't have to talk to too many small business owners to realize that we haven't been supported how we need to be supported."

While his business will remain shuttered, Regan said he hopes the health orders may be eased in the near future.