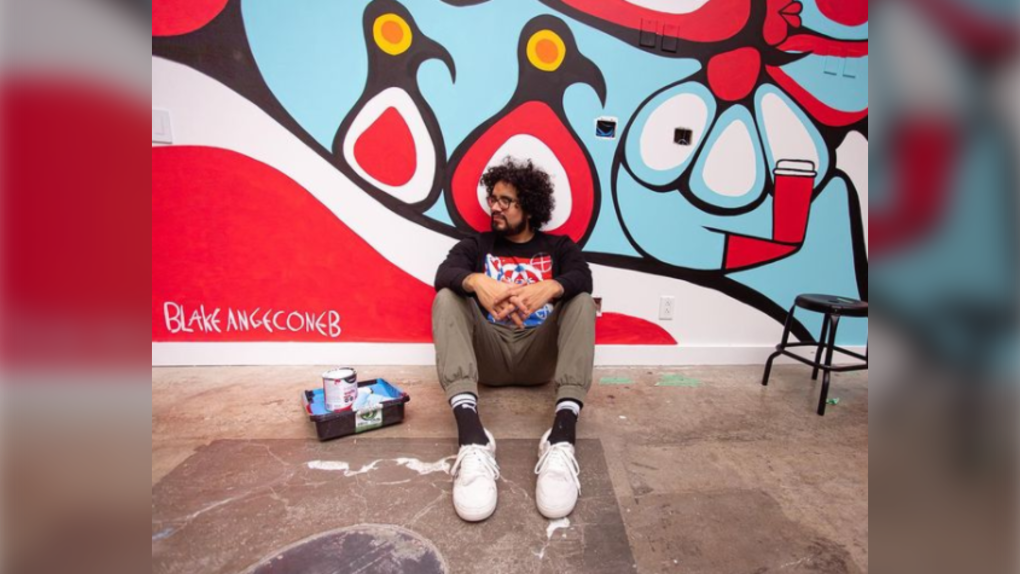 An Anishinaabe artist has upsized his canvas to the wall of a social media giant’s Toronto headquarters.

Blake Angeconeb, a Lac Seul First Nation band member who now lives in Winnipeg, has painted a mural for the new Toronto headquarters of TikTok.

The project came out of the blue, according to Angeconeb, with a request gauging his interest doing some artwork for their new office.

“I didn't think it was real at first until they sent the NDA (non-disclosure agreement). And then it was all official,” said Angeconeb. “So I was there the first week of January and painted a large mural 54 feet by 16 feet. So it was definitely my biggest work yet.”

Angeconeb’s works are rooted in the school of Woodland art but with a twist. 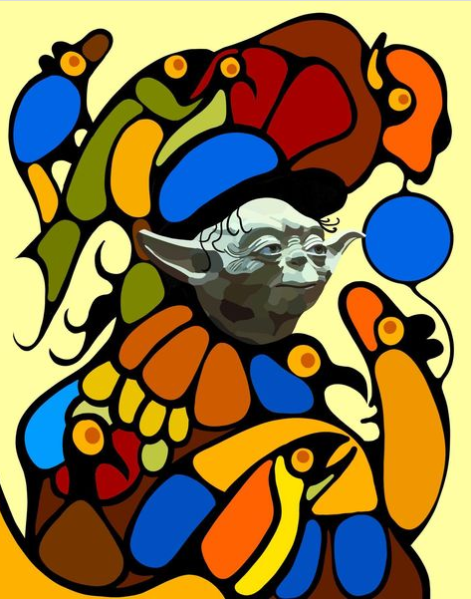 Woodland art is a form of Indigenous art made famous in the late 1960s by Ojibway artist Norval Morrisseau.

The paintings blend traditional legends and myths with contemporary mediums and explore the relationships between people, animals and plants.

The paintings are also often quite colourful but stylistically two-dimensional. 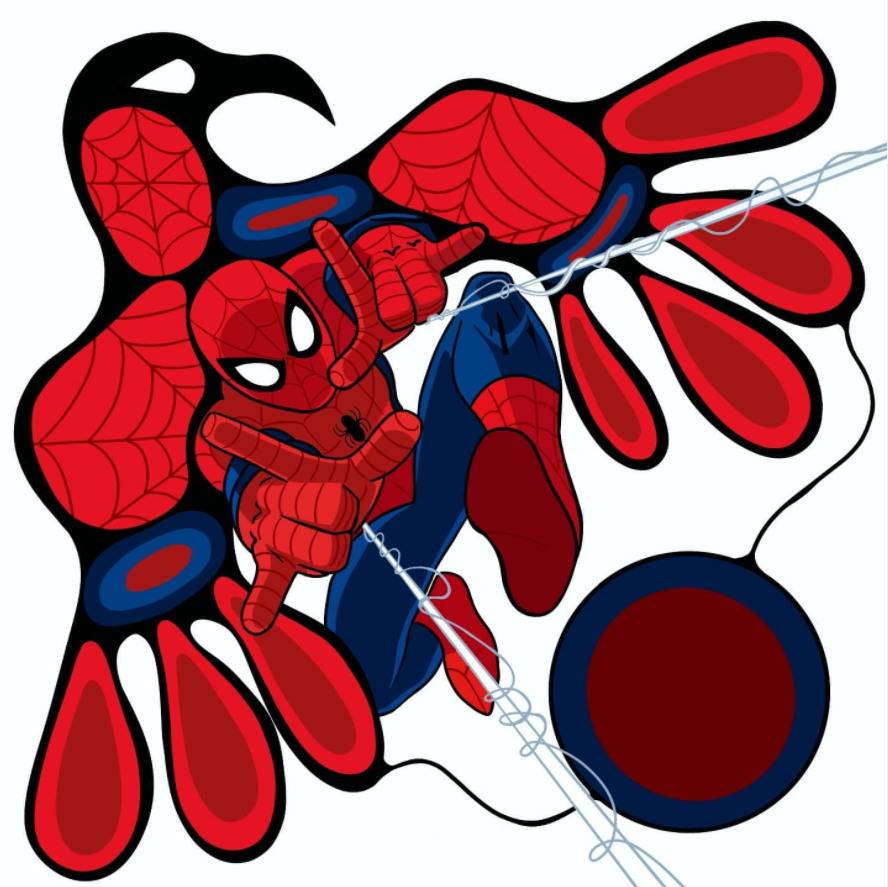 Source: Instagram/@blakeangeconebAngeconeb’s mural has yet to be revealed, as renovations on the new TicTok building are ongoing. He could not provide details on the piece, but said the mural will be a centrepiece in the open concept office space.

Art was something Angeconeb kind of fell into. The 32-year-old said while growing up, he never took the time to appreciate the works of others and didn’t take art in school.

That all changed in 2013 when he painted a picture of Hello Kitty for his niece.

“I just found it really relaxing. And from there I just took that practice and started painting on my own,” Angeconeb said.

It was soon after he discovered the works of Norval Morrisseau and started experimenting. 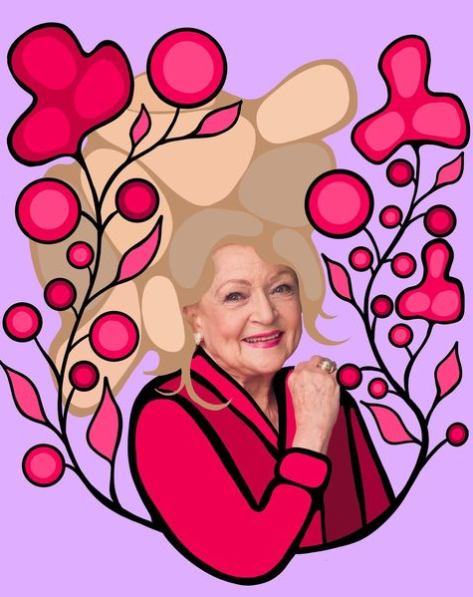 Going into the project, Angeconeb had little experience in large-scale paintings but big commercial commissions was something he had dreamed about doing as an artist.

As for a timeline, he guessed and gave himself a week, which in hindsight he said should have been two.

The project took the whole week, from morning to night, with the finishing touches being put on just before his return flight to Winnipeg.

“They could have picked any artist they want to do this job, but they came to me. And they knew from the start that it had pretty much little to no mural experience, but they just fully trusted me and gave me the tools and brought me to Toronto,” said Angeconeb.

A reveal date for his TikTok mural is still unknown.