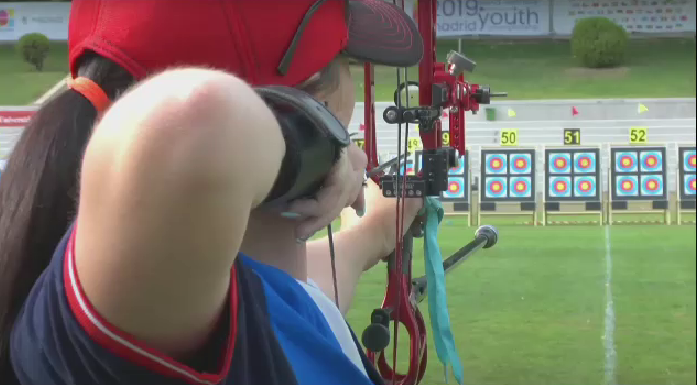 WINNIPEG -- Winnipeg is in the running to be the host city for the 2025 World Youth Archery Championships.

If successful the bid could bring an economic boom to the city, estimated to be around $5 million. This is based on an analysis by Sportcal, a global sports economics consultancy, on a similar event held in Denmark in 2015.

“We're hoping that by showcasing archery at a high level, and these archers are the cream of the crop in youth archery, they're the up and comers,” said Kelly Taylor, vice-president of athlete development with Archery Manitoba.

“We hope that in showcasing archery at this level we can inspire other Canadians to take up archery cause it is a sport that could be for everyone."

“Winnipeg shines in the summer, offering world-class attractions and a lively culinary and festival scene that will be the perfect backdrop to the final competition at The Forks — our community’s historical gathering spot right in the heart of the city,” said Dayna Spiring, president and CEO of Economic Development Winnipeg in a release.

The competition would bring almost 600 athletes from over 60 countries to the city for the week-long competition.

Manitoba has seen some successes in prior World Youth Archery Championships, with multiple podium finishes over the years.

Organizers are looking for community support, either in volunteer time or through sponsorships. The bid is a joint effort between Archery Canada, Archery Manitoba and Tourism Winnipeg.

“We are hoping our bid succeeds. We don’t know who else has bid, and we hope to find out by the end of the year,” said Kelly.

World Archery plans to announce the winning city by December 31, 2021.