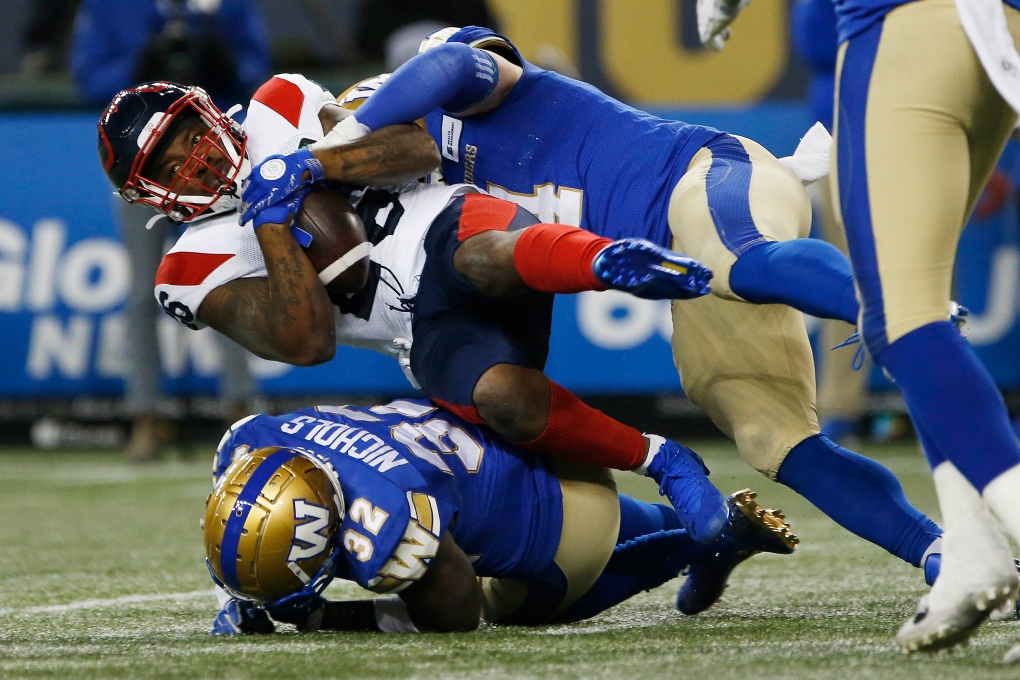 Bighill was scheduled to become a free agent next month.

The outstanding defensive player award was Bighill's third and he was named a CFL all-star last season for the sixth time.

This report by The Canadian Press was first published Jan. 20, 2022.

One man is dead after being shot by police near an elementary school on Thursday afternoon, Toronto police said, prompting hundreds of children at nearby schools to go into lockdown.

The 18-year-old gunman who killed 21 people at a Texas elementary school walked in unimpeded through an apparently unlocked door, a law enforcement official said Thursday. The gunman was apparently inside the building for at least three-quarters of an hour before U.S. Border Patrol agents stormed a classroom and killed him.

There are now 26 confirmed cases of monkeypox in Canada, according to an update from the Public Health Agency of Canada, and the virus has been detected in a new province, with one case in Ontario.

A massive Russian plane that was grounded at Toronto Pearson International Airport back in February is racking up a substantial parking bill.

Ukrainian Prime Minister Denys Shmyhal says the West must not give in to Russian pressure to ease sanctions in order to restart the flow of agricultural exports.