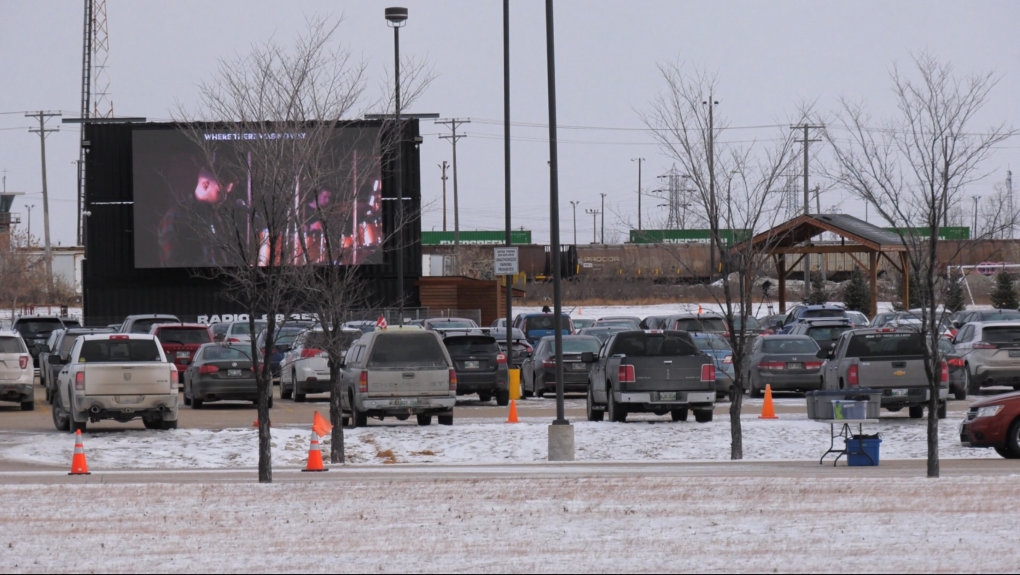 WINNIPEG -- A Manitoba judge has agreed to hold a special hearing Saturday to determine whether a Winnipeg church can hold drive-in services despite a ban under the province's COVID-19 restrictions.

Springs Church and two of its pastors have already been fined $32,000 for allowing people to gather in the church's parking lot and remain in their vehicles while one of the pastors speaks from an outdoor stage.

The church says it has taken precautions to keep congregants safe.

"This is a church which is not anti-maskers, they're not COVID disbelievers," Kevin Williams, the church's lawyer, told court Thursday.

The church says the province is violating religious and association rights under the Charter of Rights and Freedoms. It is seeking a temporary stay of the province's public health order that would allow drive-in services to resume this weekend and continue until the case can be heard.

The government said its health order, which forbids public gatherings of more than five people and requires church services to be held online only, is needed to stem a rising tide of COVID-19 cases.

"The service is going on, it is being telegraphed remotely," Guenette said. "What's not being permitted is the gathering in cars on the parking lot."

Manitoba's chief public health officer, Dr. Brent Roussin, would not comment on the matter Thursday as it was before the courts. He has previously said the ban on in-person religious services, even drive-in ones, is aimed at keeping people home as much as possible and reducing public gatherings.

Chief Justice Glenn Joyal of the Court of Queen's Bench agreed Thursday to hear the church's application for an interim order Saturday morning -- hours before the church's first scheduled service of the weekend.

Manitoba has had a surge of COVID-19 cases this fall. Health officials reported 367 new cases Thursday and 12 additional deaths. Roussin has repeatedly said intensive care units are being stretched close to capacity.

The province has enacted a series of tightening restrictions on public gatherings and business operations. The most recent rules forbid in-store sales of non-essential items and have forced restaurants to offer food only for pickup or delivery.

Another church, outside of Steinbach in southeast Manitoba, has gone further in its defiance by holding in-person services indoors and has also been fined.

Premier Brian Pallister urged Manitobans Thursday to take the pandemic seriously. At the end of a news conference -- after reporters had finished asking questions -- Pallister offered harsh words for people who don't believe the novel coronavirus is a threat.

"If you don't think that COVID's real right now, you're an idiot," the premier said.

"You need to understand that we're all in this together."

This report by The Canadian Press was first published Dec. 3, 2020