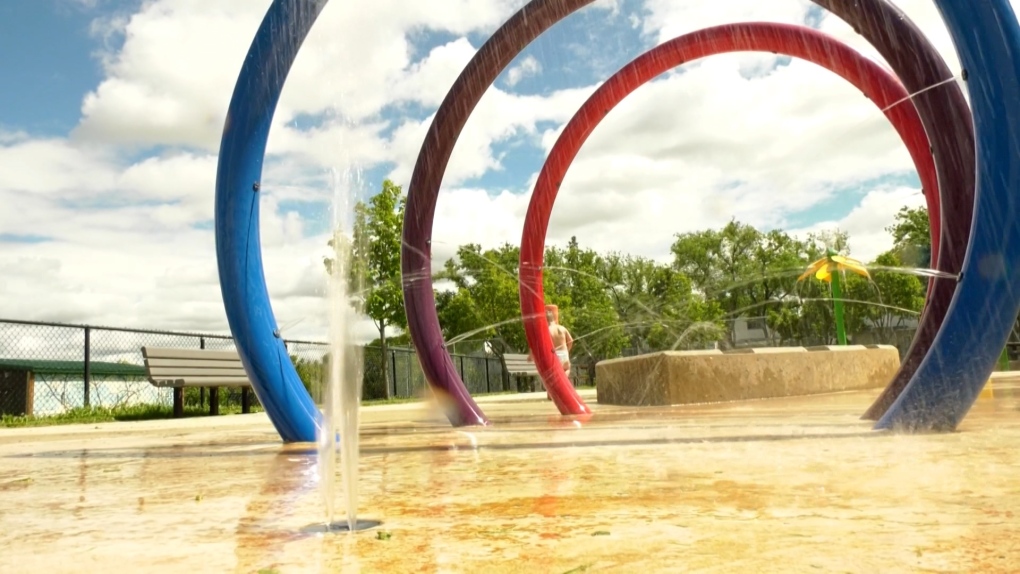 WINNIPEG -- A Winnipeg community used its resources and rallied together to get its splash pad and wading pool up and running.

Catherine Flynn, chair of the Point Douglas Residents Committee, said one parent posted on their Facebook page that a notice was sent out saying the area’s splash pad, located at the Michaelle Jean Park, was closed indefinitely.

The reason given for the closure was that kids were clogging the drain and raising the water levels, which is a drowning hazard.

Flynn reached out to 311, and was told of possible mechanical issues, fixes, and how much it would cost.

She then reached out to Coun. Ross Eadie and said this “started this cascade of community action.”

She noted that a number of people worked together, along with the city, and shortly thereafter the splash pad reopened.

“It took us about a week but we have it up and running again,” she said.

As for a solution to the water clogging problem, Flynn said the Norquay Community Centre has two green-team employees that can redirect kids blocking the drain.

“They were in here just before sanitizing the place, keeping it nice and clean. They make sure that the kids have access to bathrooms. So that’s really well-managed,” she said.

The Bear Clan, Mama Bear Clan, and some parents have all offered to provide extra supervision, as well.

“I think as a short-term fix, I think that’s probably a good model just for the interim,” Flynn said.

Flynn said the closure of the splash pad and wading pool points to a larger issue – the chronic under-funding of inner-city recreation opportunities.

“Obviously as a community, we’re thrilled to have our splash pad back, but we’d love to see other communities have access to their splash pads,” she said.

Flynn added that one of the reasons she pushed so hard for the splash pad is because they don’t want kids going to the river to swim when they got hot.

Last weekend the body of a nine-year-old boy Darius Bezecki was found in Winnipeg’s Red River after he had gone into the water with siblings and a friend.

“The ability to cool off is a huge health issue for the inner-city, where you’ve got people with no air conditioning, even no yards to put a kiddie pool in,” Flynn said.

She said though Point Douglas may have a reputation for crime and drugs, it’s only a tiny part of the community.

“What you have here, and I’ve lived in a lot of places, is this incredible supportive, tight-knit community that really works together to problem-solve,” she said.

Flynn added taking away recreation opportunities from the inner-city is a foolish allocation of resources, considering the elevated crime statistics.