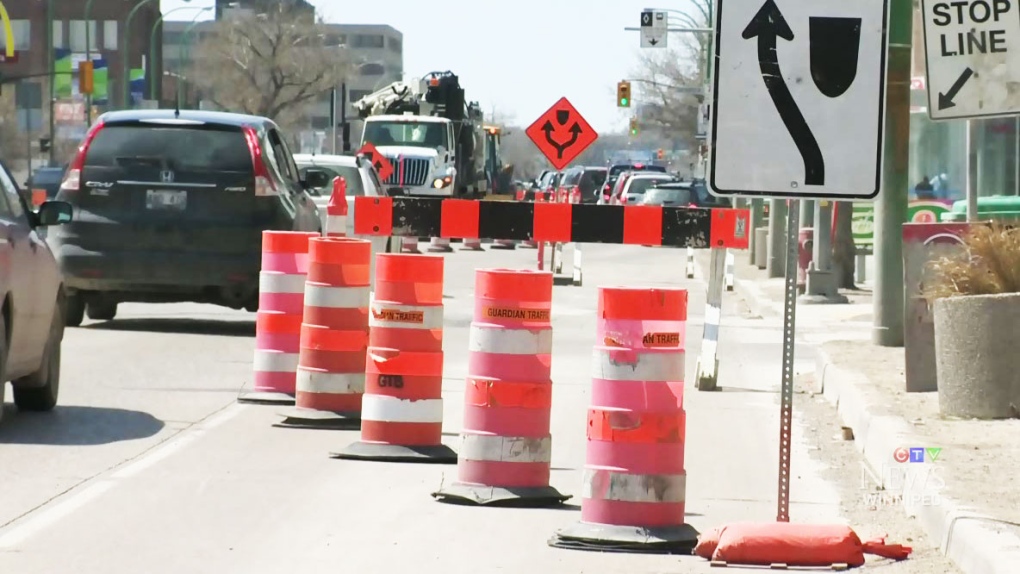 A Winnipeg city councillor is trying to drive home the benefits of zipper merging.

Coun. Matt Allard has pushed for the practice twice before, but is hoping the third time is the charm.

“We can see it’s catching on. Anecdotally I hear it’s catching on. Some people are doing it, but we still have that problem of most people getting into the lane that remains open, and that results in very long lines, and it results in a lot of traffic disruption along the line,” said Allard.

“One thing that’s known about zipper merge is that it will reduce the line 40 per cent approximately,” said Allard. “What that does, especially in an urban environment, is it frees up all of those intersections prior that are being slowed down by these long lineups.”

He said if signage can be put up, it would help it to become the norm for Winnipeggers.

“Given the culture in Winnipeg, some people feel like that’s cutting the line, so you can see dirty looks and sometimes when you enter the merge point, it can sometimes be difficult to merge into the available lane at the point of construction.”

Allard said the signage would be a low-cost solution towards better traffic circulation in Winnipeg during construction season. He said the best-case scenario would be council approving the motion next month, which would then give the public service the authority to ask the province for permission to get the new signs authorized.

In the past, Allard proposed a zipper merge pilot, which was approved and did occur. At the time, it used variable messaging and signage directing people to zipper merge. However, the report on the pilot project showed it had limited success. Allard said there was no follow-up afterwards because the public service said it was a provincial responsibility and driver education.

His second attempt at getting the zipper merge to be the norm was when he printed stickers that read, “I zipper merge, and so should you.” He said he handed those out to people, and still has a few left for anyone who wants them.

“This I hope will be the final thing that we need to do to convince Winnipeggers to zipper merge because it’s going to say so right on the signage.”

Allard’s hoping if council approves his motion, the signage can be put up during the 2022 construction season.