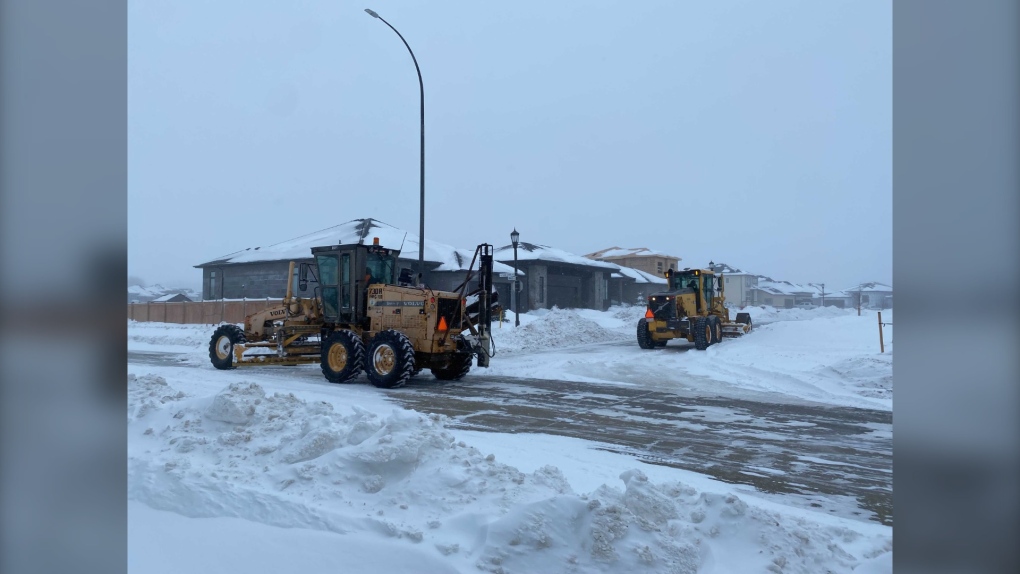 One Winnipeg city councillor is looking to find a way to help with drifting snow and the snow-clearing challenges it creates.

When a snowstorm hits the city, crews are there to help clear it away. However, in some parts of the city, the wind pushes it right back.

Now, Coun. Markus Chambers has put forward a motion calling for a pilot project for the 2022-23 winter season that would see the city put up temporary snow fences.

“This year we’ve received a lot more snow than we have over the last two years,” Chambers said in an interview on Thursday.

“We’re a flat, Prairie city and a very windy city as well. And the amount of drifting that has occurred over this past winter has really left some treacherous areas even after snow plowing has been initiated.”

If the motion is approved, fences would be placed in chronically problematic areas for drifting snow where plows are continually called to clear it away.

Chambers noted these fences would help increase visibility and reduce the cost of plowing.

He said there are already some areas in the city with snow fencing, adding that they are “quite effective in reducing the amount of snow that would actually pile from the drifting.”

The motion will be introduced at the next Riel Community Committee meeting.

“We are a snow city. We are a winter city, and we always have to look at continuous improvement to make sure that our roads and street ways and sidewalks are safe for residents,” Chambers said.