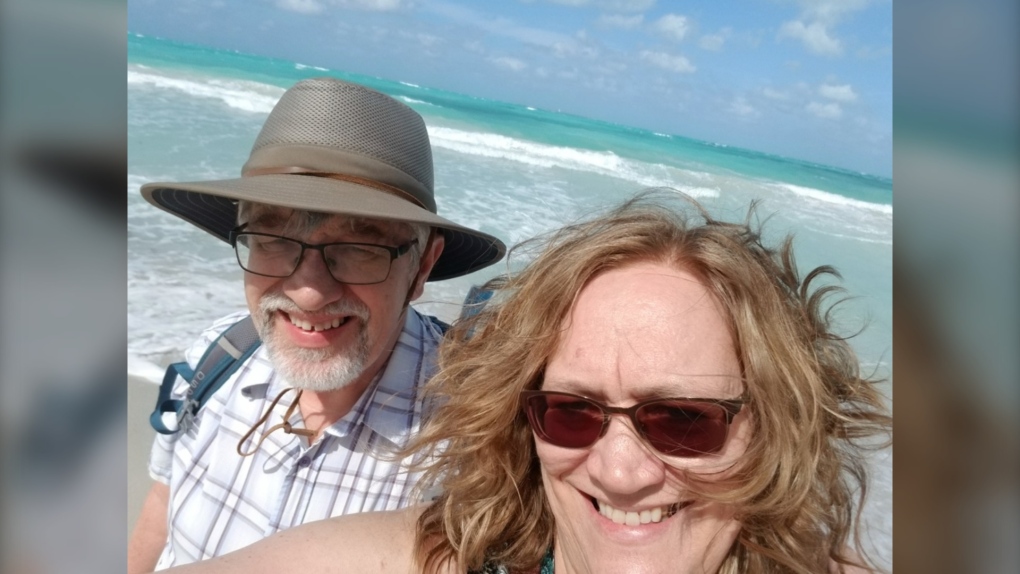 WINNIPEG -- After waiting for over a month, Genevieve Funk-Unrau finally got to visit her husband in the hospital.

"It was just so wonderful to see Neil," she said.

"It was just so poignant to see him, to touch him."

Her 66-year-old husband, Neil Funk-Unrau, recently woke up from the coma he was put in to help him battle COVID-19.

Genevieve was thrilled to visit her husband, but now she's left wondering when she'll be able to see him next.

FIGHTING TO SEE HIM

The couple both tested positive for the virus after returning from a trip to Cuba in March. She recovered, but Neil's condition worsened.

For weeks, Genevieve tried to visit her husband, but couldn't because hospitals have barred outside visitors to prevent the spread of COVID-19.

When Neil woke up from his coma, Genevieve was able to visit him to see his condition and better determine a care plan going forward.

While in the coma, Neil suffered a series of strokes. Genevieve said he is currently non-verbal but is communicating by nodding and seems to be getting better.

She said doctors aren't sure how much Neil will recover, but that she believes he is still very much conscious.

Genevieve is still recovering from the virus herself. She said she feels fatigued but is walking her dog and doing some yard work.

She worries that the emotional toll of not being able to visit her husband will be greater than the physical ailments of recovery.

Genevieve praised workers at St. Boniface Hospital for how they have cared for her husband. She said they regularly set up Zoom calls so she and her adult daughters can talk to Neil, but Genevieve said it's no substitute for being next to him.

"It's just not enough. It's still not like a touch and having somebody right there," she said.

She has no idea when she'll be able to visit Neil next.

- With files from CTV's Touria Izri