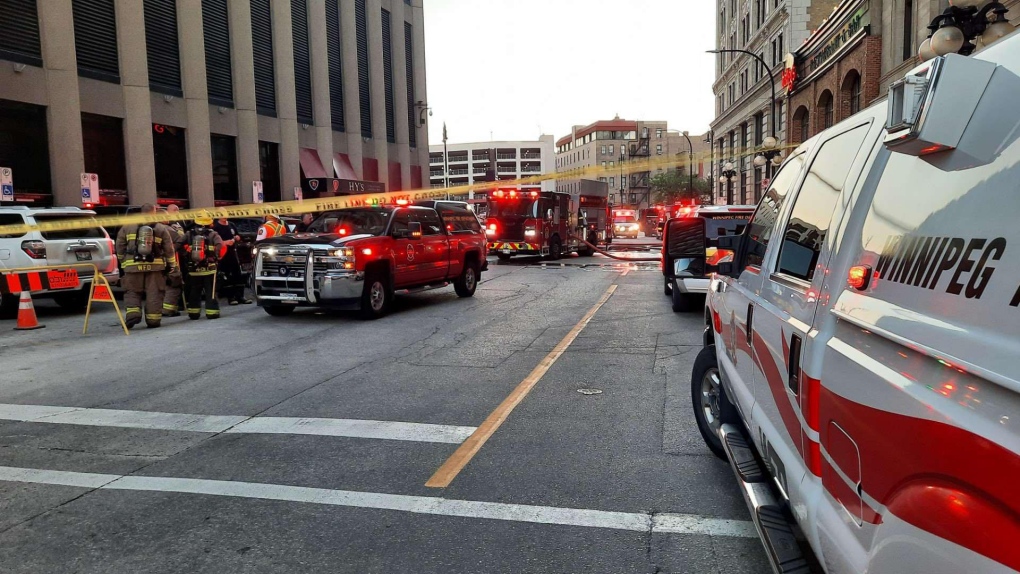 Winnipeg Fire Paramedic Service crews responded to a fire in the underground concourse near the Fairmont Hotel and Richardson Building on Sunday evening.

Around 7:30 p.m., firefighters were called to a monitored alarm at the Fairmont Hotel, located on Portage Avenue East. Because the hotel is a large structure, a second alarm was also called to increase the number of firefighting vehicles on scene.

When crews got to the hotel, they found smoke coming from within the structure, as well as from the Richardson Building and the concourse below.

Firefighters investigated and determined the smoke was coming from the underground concourse, with a fire discovered within one of the restaurants. Crews quickly got the fire under control.

Due to the extreme heat on Sunday, fire crews were rotated in and out of operations. One firefighter was assessed and treated by paramedics for heat-related symptoms. The firefighter did not need to go to the hospital, and no one else was injured during the incident.

The cause of the fire is under investigation and there are no damage estimates at this time.