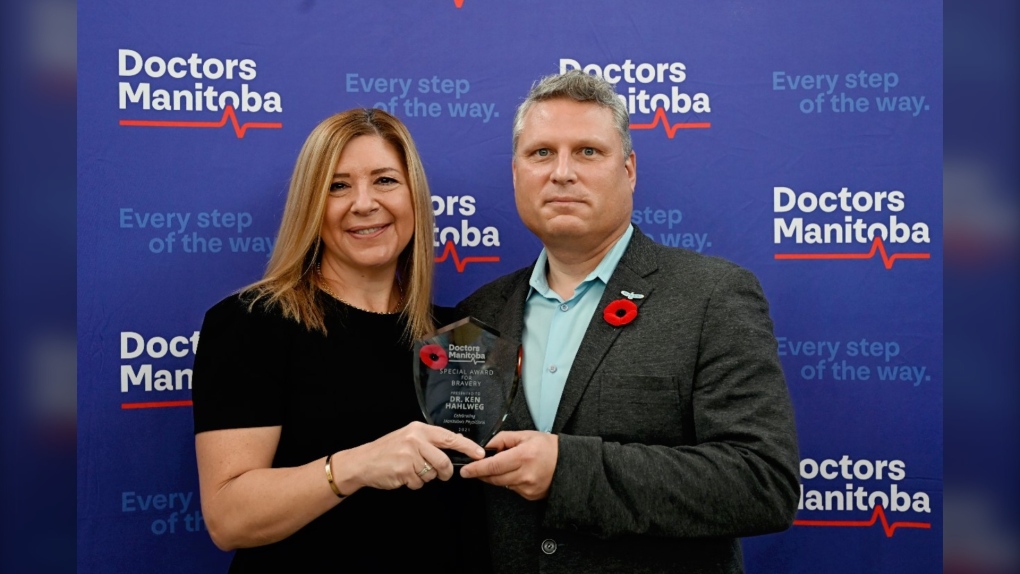 A Manitoba doctor is being recognized for his heroic actions after he disrupted a stabbing at Seven Oaks General Hospital in October by tackling the suspect.

Doctors Manitoba presented a Special Award for Bravery to Dr. Ken Hahlweg, who is a family physician and the medical lead at the Northern Connection Medical Centre, on Wednesday.

"People become physicians to heal and to save lives through medicine, but none of us expect to do so by intervening during a violent attack," said Dr. Candace Bradshaw, president-elect of Doctors Manitoba, as she presented the award to Hahlweg.

"Dr. Hahlweg responded selflessly and without hesitation during an attempt to harm a fellow health care worker, and his actions likely saved the life of his colleague. He is brave, and he is a hero."

The attack took place on Oct. 27 at Seven Oaks Hospital, when a man, who worked as a nurse at the hospital, stabbed one of his coworkers.

During this incident, Hahlweg tackled the attacker and chased him out of the hospital, where the suspect was arrested by police.

Hahlweg thanked Doctors Manitoba for the award, and said he was simply in the right place at the right time.

“When I saw someone's life was in immediate danger, I reacted based on instinct and I thank my training as a physician that allowed me to act,” he said.