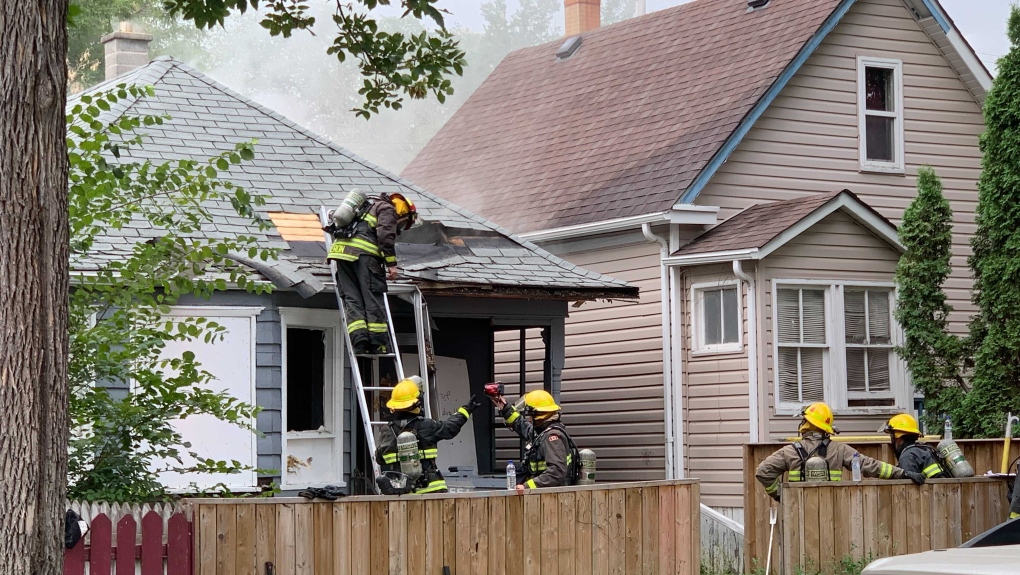 Winnipeg Fire Paramedic Service (WFPS) on the scene of a house fire in the 500 block of Toronto Street in Winnipeg on July 26, 2021. (Source: Jamie Dowsett/ CTV News Winnipeg)
WINNIPEG -

Winnipeg fire crews battled a fire in a vacant house in Winnipeg's West End, and it is not the first time they've had to fight a fire at the house.

The Winnipeg Fire Paramedic Service (WFPS) was on the scene of a house fire in the 500 block of Toronto Street Monday afternoon.

Dan Tomchuk, the platoon chief with the WFPS, said the fire started in the back of the house and worked its way inside and up into the attic.

He said the fire was extinguished fairly quickly on the main floor, but crews continued to work on the fire in the attic due to the concealed spaces and wood chips used as insulation.

"The wood chips do keep tiny embers just enough for it to spark up again at the worst possible time which could be hours after the fact," he said. "That’s why we have to be very diligent in fully extinguishing what's up there now."

Tomchuk said fire crews had previously been called to the home to fight a fire last summer. He said it has been boarded up since then.

He said crews did a search of the home and no one was found inside.

The fire was declared under control around 3:49 p.m.

Tomchuk said the cause of the fire is under investigation.

It's the 11th time in September alone that a new record high has been set for ICU patient count, which now stands at 265.