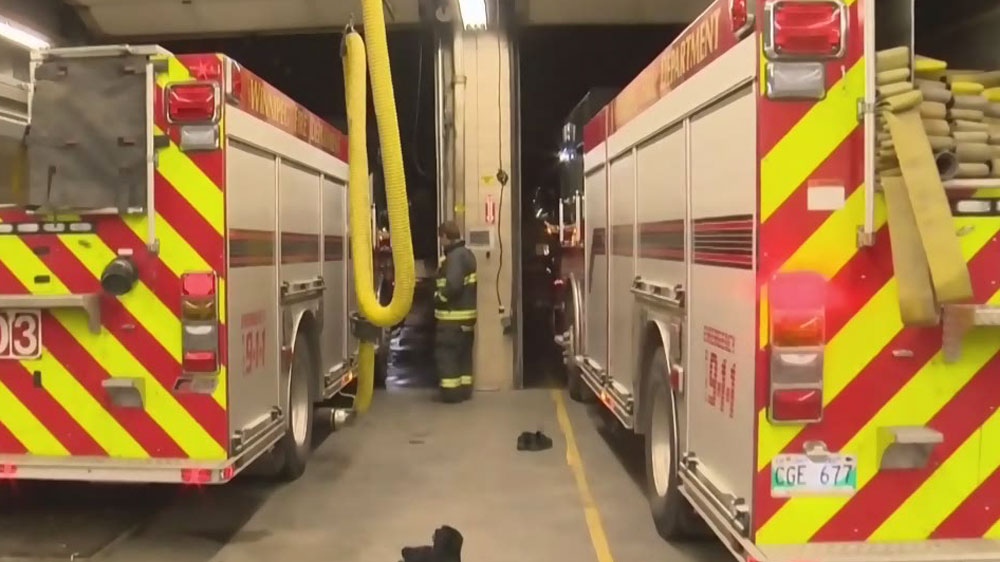 WINNIPEG -- A man has been arrested after allegedly threatening members of the Winnipeg Fire Paramedic Service who were trying to help him.

Winnipeg police said officers were called to a home in the 300-block of Alfred Avenue around 4:20 a.m. where WFPS were responding to a 50-year-old man who was having a medical emergency.

Police said while the WFPS was treating the man, he allegedly grabbed a machete and threatened the responding crews, who got out of the house and called police.

The man was arrested without incident, police said, adding he was medically cleared and taken into custody.

“Over the last several months and years, we’ve seen an increase of these types of incidences and we are always concerned for the safety of our members,” said Jay Shaw, the manager of the city’s emergency operations centre. “It is sad that we are dealing with this more and more.”

Len Horton Joseph Courchene, 50, is facing four counts of assault with a weapon and three counts of failing to comply with a release order.