Winnipeg firefighter in desperate need of a new kidney 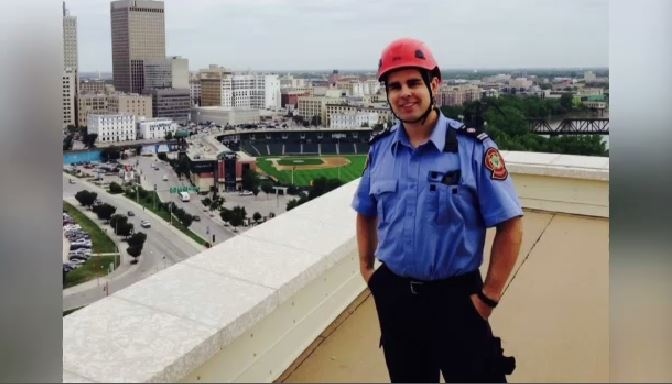 Firefighter Kyle Schmidt was diagnosed with a rare kidney disease a decade ago. SOURCE: Kyle Schmidt.

WINNIPEG -- A Winnipeg firefighter, who is used to rescuing others, is now making his own plea for help.

Kyle Schmidt is in dire need of a new kidney, but finding a match has been a challenge.

"The wait for a deceased owner is 10 years," said Schmidt.

Schmidt was diagnosed with IgA nephropathy, a rare form of kidney disease in 2010. It's now progressed to end-stage renal failure, meaning his kidneys no longer function on their own.

According to Schmidt, type O kidneys are the rarest and most in-demand type. But none of his family members are a match.

Schmidt said the last few months have been especially tough, as his wife recently gave birth to a baby girl.

"Getting up in the morning has become more and more difficult," said Schmidt. "I sleep eight to 10 hours a night, and I still wake up exhausted. It's hard to gather the energy to do basic household chores."

Schmidt's wife, who asked not to be identified because of her job, remains hopeful they'll find a donor.

"It would be really awesome," she said when asked what a kidney donation would mean to the family. "It would mean a really good future, a healthy future, a long future for our family, and we could grow our family too."

As time goes on, Schmidt's kidneys will get worse. In a matter of weeks, he'll need to start dialysis.

Once he gets a kidney, Schmidt says he wants to become a transplant advocate for people in the province.

"Other provinces in Canada have an opt-out where everybody is assumed to be an organ donor unless you opt-out, where in Manitoba, you have to opt-in," said Schmidt. "We could save countless lives if we had an opt-out style program in the province of Manitoba."

The family has created a Facebook page for potential donors to join.

More information on how to donate a kidney can be found on Transplant Manitoba's website.