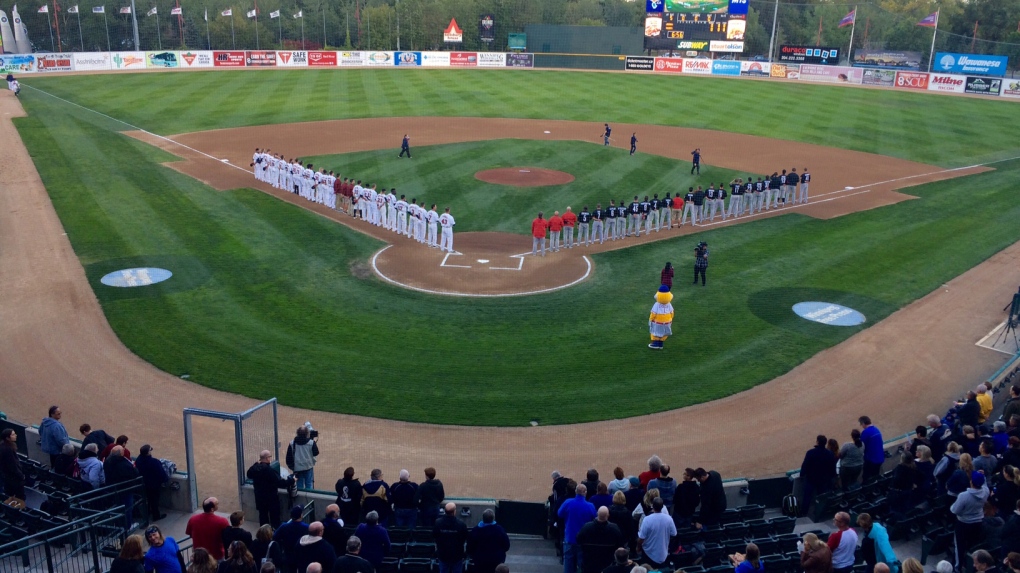 WINNIPEG -- The owner of the Winnipeg Goldeyes is bringing professional baseball to the City of Ottawa; a move he says will not impact the future of Winnipeg's team, but he does hope the City of Winnipeg will take note.

Sam Katz confirmed with CTV News that he signed a lease agreement with Ottawa Mayor Jim Watson and council on Tuesday, which could see a professional team playing at the RCGT Park next year.

"We now have a lease, and we will now be – God willing, depending what happens with the pandemic – we will be having baseball back in Ottawa for the 2021 season," Katz said.

This comes as Katz continues to negotiate a new lease with the City of Winnipeg, a process Katz said has been "extremely challenging."

The current lease for the Winnipeg Goldeyes at Shaw Park expires in 2023, though Katz said he is looking for a new deal to sign a five-year affiliation agreement with the league.

He said, while he wasn't trying to prove anything to the City of Winnipeg by signing an agreement with Ottawa, he did say he hopes the city will take note.

Katz said he wants the negotiations in Winnipeg to end.

"We are hoping to bring the lease negotiations to closure – it's been dragging on for five years and going nowhere and every time it's been laid over again, and we are just running out of time," he said.

"Hopefully we can work everything out with the City of Winnipeg and they will appreciate the value of the Goldeyes in the city and to the fans, and we can move forward on that as well."

Katz said it has not been decided what league Ottawa's new team will play in. He said despite some rumors in Winnipeg, this move will not impact the future of the Goldeyes.

"I don't want to give the impression for a moment that I know some people are getting, that the Goldeyes are leaving – they are not," he said. "That is not our intention in any way, shape, or form – this is just bringing professional baseball to Ottawa."