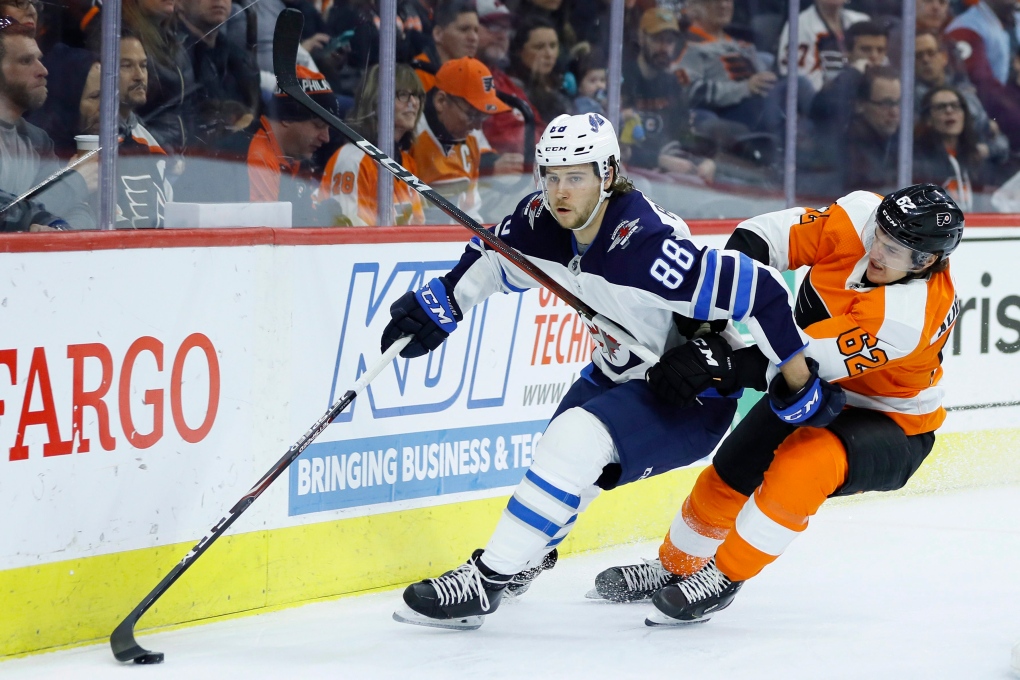 WINNIPEG -- The Winnipeg Jets are bringing Paul Stastny back to help fill a gaping hole left by the long-term injury of a team stalwart.

Little, 32, played just seven games last season before he was hit in the head by a slapshot, suffering a perforated ear drum.

The Jets wanted to be "ultra cautious" in handling the injury, said general manager Kevin Cheveldayoff.

"You owe that to him. He's a special person and has been part of our family," he told reporters on a video call Friday.

What the injury means for Little's future remains unclear, but the veteran forward loves Winnipeg and being part of the Jets, Cheveldayoff said.

"It's emotional," the GM said. "You feel for him because he wants to play, he wants to play badly. But he has to make sure that he puts his family and his health ahead of everything. And we fully support him with that 100 per cent."

Winnipeg brought a familiar face in to help fill the centre spot Friday, re-acquiring Stastny via a trade with the Vegas Golden Knights.

Stastny said he's been working on various aspects of his game since his time with the Jets.

"You have to kind of constantly adapt to the game. I feel like a better player now than I was 10 years ago," he told reporters on a video call Friday. "Age is only a number sometimes and when your body feels good, your mind feels good, that's the most important thing."

The Quebec City native joined Vegas in the summer of 2018, signing a three-year deal with an average annual value of US$6.5 million.

He established himself as a key piece on the Golden Knights' roster, registering 38 points (17 goals, 21 assists) in 71 regular-season appearances last year, and adding three goals and six assists in 18 playoff games.

Heading into the final year of his deal, Stastny said he and his wife had heard rumblings that they could be on the move as Vegas looked to shed salary.

They were hoping that, if a trade was going to happen, it would send them back to Winnipeg.

Though he was only with the Jets for a short time, Stastny said he's looking forward to reuniting with his teammates.

"I had a good bond with a lot of those guys in Winnipeg. I've already talked to a bunch of them so I'm excited," he said.

Vegas received defenceman Carl Dahlstrom and a conditional fourth-round pick in the 2022 NHL draft in the deal.

Stastny said he realizes the trade was simply a business decision for the Golden Knights.

"Sometimes we're just pieces or pawns on a chessboard. It is what it is. You can't get too emotional wherever you are because you never know what could happen," he said.

During his previous stint in Winnipeg, Stastny lined up alongside Nikolaj Ehlers and Patrik Laine.

Playing with the pair again would be fun because they're both dynamic on offence, he said.

"That suits my game, getting the puck to those guys as quick as I can, trying to create room and space for those guys," he said, noting that he's happy to play with the Jets' other forwards as well.

"Whatever role they put me in, I'm comfortable, whether it's an offensive role, a defensive role. I just want to win. That's the most important thing."

Winnipeg also fortified its blue line on Friday, signing new deals with a pair of defencemen.

"Staying in Winnipeg was always my No. 1 option so I'm real excited to be able to be a Jet for a couple more years at least," Beaulieu said.

Work on the back end may not be done, Cheveldayoff said.

"We're going to continue to look and see if there are options to upgrade our defence," he said. "There's lots of conversations out there still that we're in to see if that's a possibility."

This report by The Canadian Press was first published Oct. 9, 2020.