Winnipeg Jets end their season with loss to Calgary Flames 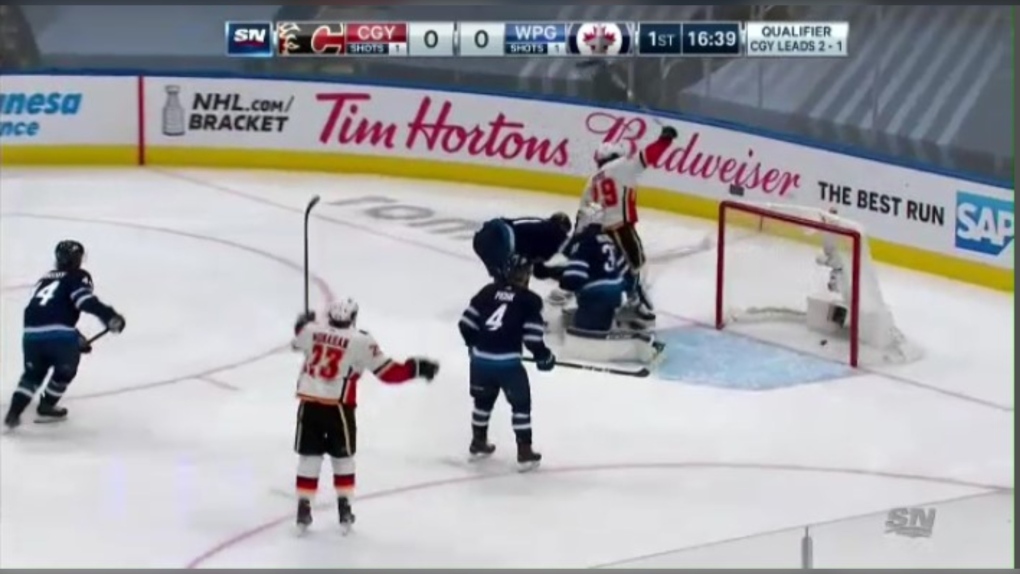 The Winnipeg Jets lost 4-0 to the Calgary Flames in Game 4 of the qualifying round.

WINNIPEG -- Hopes of hoisting the Stanley Cup inside the NHL playoff bubble have burst for the Winnipeg Jets, following Thursday night's 4-0 loss to the Calgary Flames.

Much like the regular season, injuries plagued Winnipeg early in their qualifying round.

This was a challenge they were unable to overcome, losing the best-of-five series to Calgary in four games.

"I've never had a team go through what this group has gone through, just the loss of key people and then the injuries on top of that so I thought tonight looked like our season,” said Jets head coach Paul Maurice.

With Patrik Laine and Mark Scheifele knocked out of the lineup with injuries sustained in Game 1, the Jets struggled offensively, including Blake Wheeler and Kyle Connor.

The two made up half of the Jets top four in scoring during the regular season, but could not find the back of the net in the qualifying series

"I'm not saying the series gets flipped on its head without Mark and (Patrik), you have to give Calgary a lot of credit,” Wheeler said.

“But I would have loved to have played the series with those two guys and see how that would have shaken out, put our best foot forward, and from there you never know what's going to happen"

Jets goalie Connor Hellebuyck struggled to find his Vezina candidate form as well, as Calgary crowded his crease all series.

"I was battling,” Hellebuyck said.

“I felt pretty good this series and I thought the guys in front of me played really well so to say we lost is, it wasn't an easy thing for us. We definitely fought hard."

While their Stanley Cup quest was cut short, many did not expect the Jets to get this far.

Though the wound is fresh, Maurice hopes this season is one the team can build on.

“Right now it's complete emptiness, there is no pay off other than we will find it in a couple of weeks, months, the growth of some of these young men who will learn to be stronger and heavier players in the playoffs and develop," he said.

While Maurice revealed Laine was out with a sprained wrist, he also said Mason Appleton suffered a shoulder injury, and both would likely have been ready to play in a couple of weeks.

He said the team is trying to gauge the severity of Scheifele's injury, but is hopeful he'll be ready to play next season.