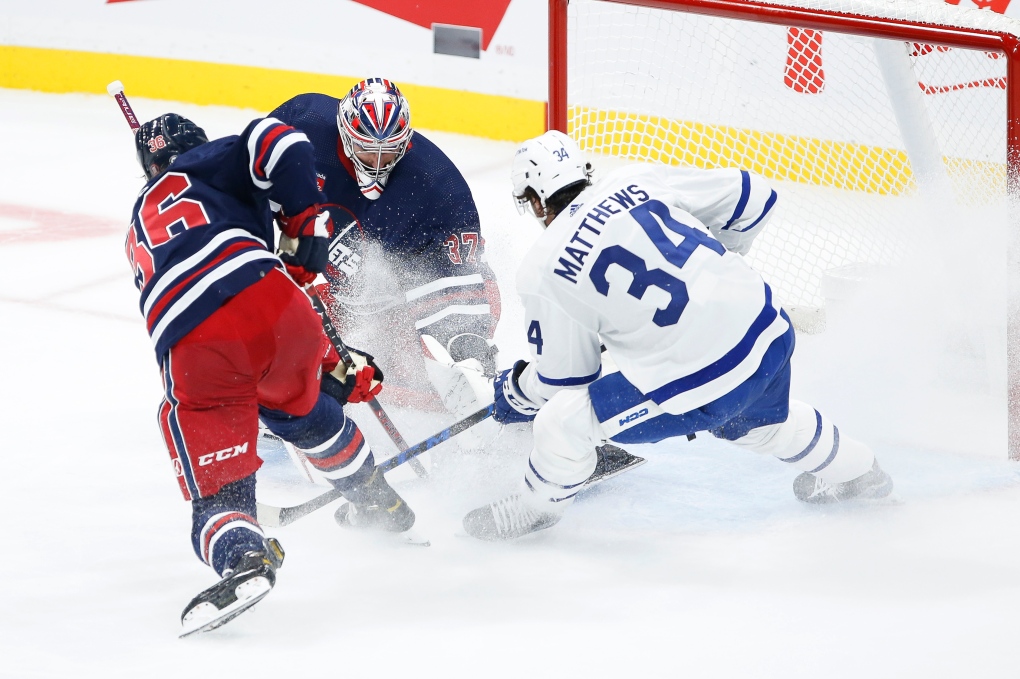 David Kampf and Michael Bunting also had goals for the Leafs, who were kicking off a five-game NHL road trip.

Ilya Samsonov made 31 saves for Toronto (4-2-0), giving him victories in all four starts he's made this season.

Pierre-Luc Dubois scored for the Jets (2-3-0) in front of a sellout crowd of 15,325 fans at Canada Life Centre, many clad in Leafs jerseys.

New Jets head coach Rick Bowness recorded a loss in his season debut behind the bench. He missed the team's first four games after testing positive for COVID-19.