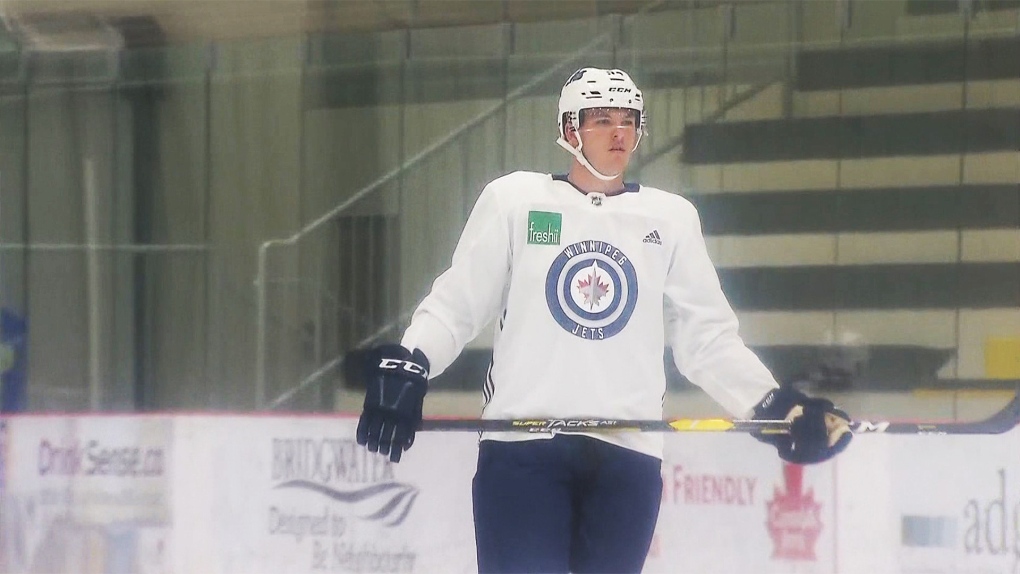 WINNIPEG -- A Winnipeg Jets defence prospect was involved in a three-vehicle collision in Minnesota on Monday.

Dylan Samberg, who signed an entry-level contract with the Winnipeg Jets this spring, was driving a truck that was involved in a crash Monday night in Grand Lake Township in St. Louis County in Minnesota.

According to the Minnesota State Patrol, the crash occurred on Highway 53 at Caribou Lake Road at 5:10 p.m.

A 2011 Buick LaCrosse was driving north on Highway 53 when it struck a deer. The Buick stopped on the right shoulder and partially in the right lane of the road. The report said a 2018 Dodge Ram heading north, driven by Samberg, hit the Buick after it stopped.

Two pedestrians were checking on the occupants of the Buick, when a 2020 Ford Ecosport, which was also heading north on the highway when it hit the Buick, causing one of the vehicles to hit the pedestrians.

Samberg was drafted by the Jets in the 2017 NHL Draft (second round, 43rd overall), and most recently finished his junior season in the NCAA with the University of Minnesota-Duluth Bulldogs.

Samberg also played for Team USA at the 2018 and 2019 IIHF World Junior Championships, where he collected a bronze and silver medal, respectively.

A spokesperson for the Winnipeg Jets said they had no comment about the crash.

Alcohol is not listed as a factor in the collision.

CTV Winnipeg has reached out to Minnesota State Patrol for additional information on the crash.