Winnipeg looking to study speed limits in some residential zones 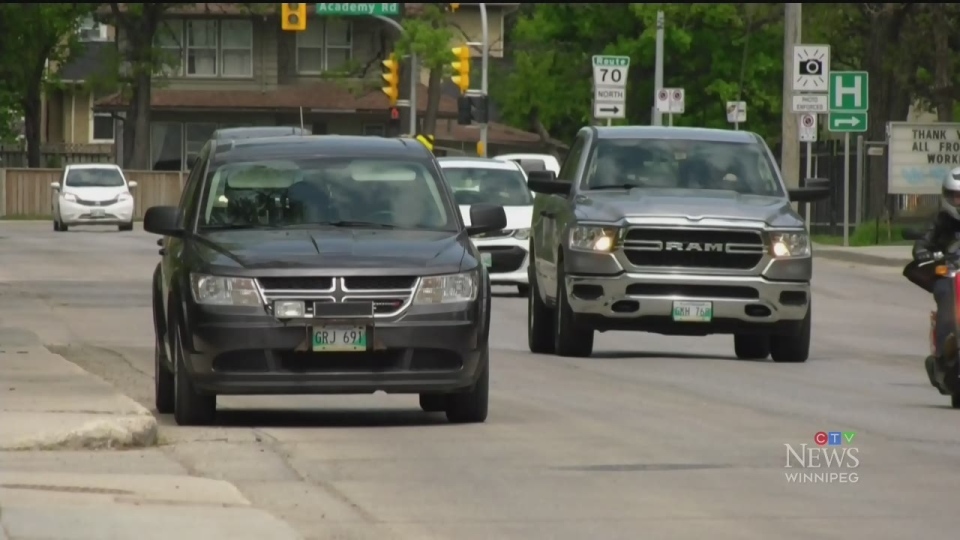 WINNIPEG -- The City of Winnipeg is getting closer to studying reduced speed limits in residential neighbourhoods.

A report is listed in the agenda for the standing policy committee on infrastructure renewal and public works. The report recommends that, before the city commences with the review, it should ask the provincial government to amend a regulation in the Highway Traffic Act “to reduce the amount of signage necessary to designate reduced speed zones or areas within Winnipeg.”

The act currently requires a fixed speed limit of less than 50 km/h to be signed on every affected street at the point where the speed limit begins, and “after each intersection with a roadway other than a back lane, “as close as practicable to the intersection.”

“The Public Service is recommending that Council request the Province to amend this regulation; without an amendment, reducing residential speeds city-wide would result in thousands of signs being added to the residential streetscape – an undertaking which presents both financial and esthetic concerns,” the report reads.

The study of speed limits would also run at the same time as a proposed speed limit study of five residential greenways, where the limit would be reduced to 30 kilometres per hour.

The matter will be before the committee on July 7.