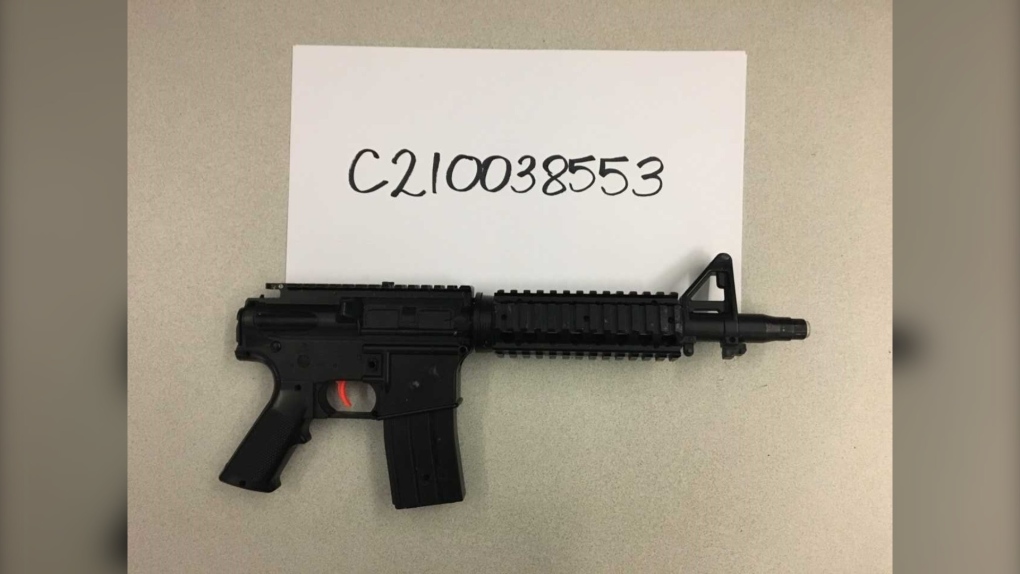 The gun found after a man was arrested by Winnipeg police. It is an airsoft gun. (Source: Winnipeg Police Service)

WINNIPEG -- Winnipeg police have arrested and charged a 23-year-old man after receiving reports that he was armed with a gun.

On Feb. 18, at around 3:45 p.m., police were called to the area of Ellice Avenue and Furby Street after being told a man had a firearm.

Officers found the man and told him to put his hands up. Police said he didn't listen and started to run.

During the pursuit, police said the man dropped a carbine rifle on the ground.

He was eventually arrested in the 400 block of Agnes Street. Officers also found the gun and determined it was an airsoft rifle.

Brent George Jones of Winnipeg has been charged with possessing a weapon and two counts of failing to comply with conditions of his release.